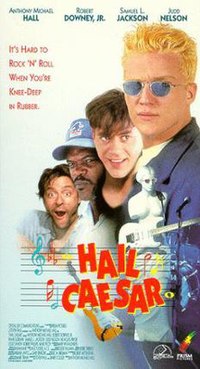 Caesar is having a hard time dividing his time between his band and his rich girlfriend, Buffer, whose father hates him. Buffer's father calls Caesar in to make a bet: If Caesar makes $100,000 within six months, he can have Buffer; if he does not, he is banished from her life.