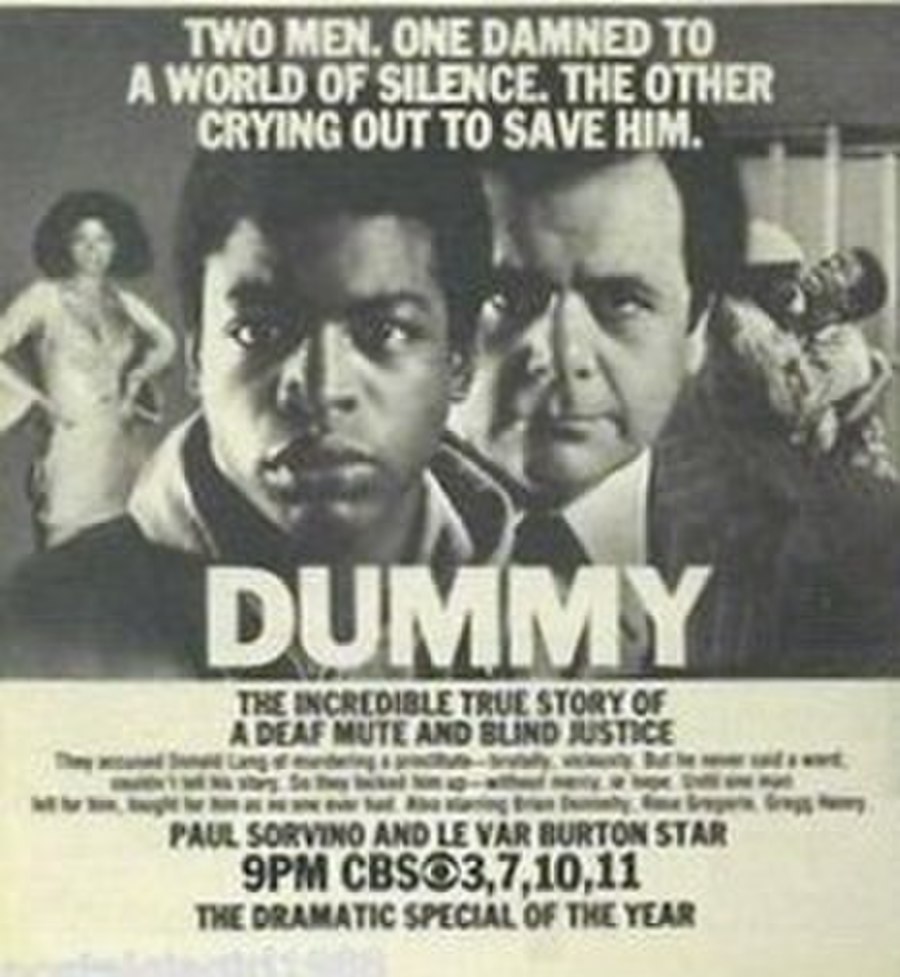 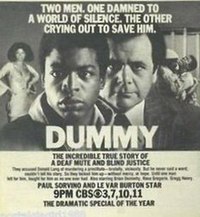 Dummy is a 1979 American made-for-television docudrama film starring LeVar Burton and Paul Sorvino. Based on Ernest Tidyman's nonfiction book of the same name, the film dramatizes the life of Donald Lang (portrayed by Burton), an African–American deaf man who was acquitted of the murders of two prostitutes in Chicago, Illinois.

In 1965, Donald Lang is 19-year old African–American man of Chicago, Illinois who was born deaf. He has a loving mother who struggles to give him as normal an upbringing as possible and a brother and sister who are supportive as well. Due to not being formally taught how to communicate via sign language, Donald communicates with people by demonstrations. Despite his disability, he finds employment on the loading docks of Chicago and wins the respect of his fellow workers. One night after work, Donald visits a neighborhood bar where he leaves with a prostitute. The prostitute is later discovered dead under her friend's porch. Shortly thereafter, Donald is arrested at work and charged with the murder of a prostitute after the prostitute's friend told police that she had seen Lang leave the bar with her.