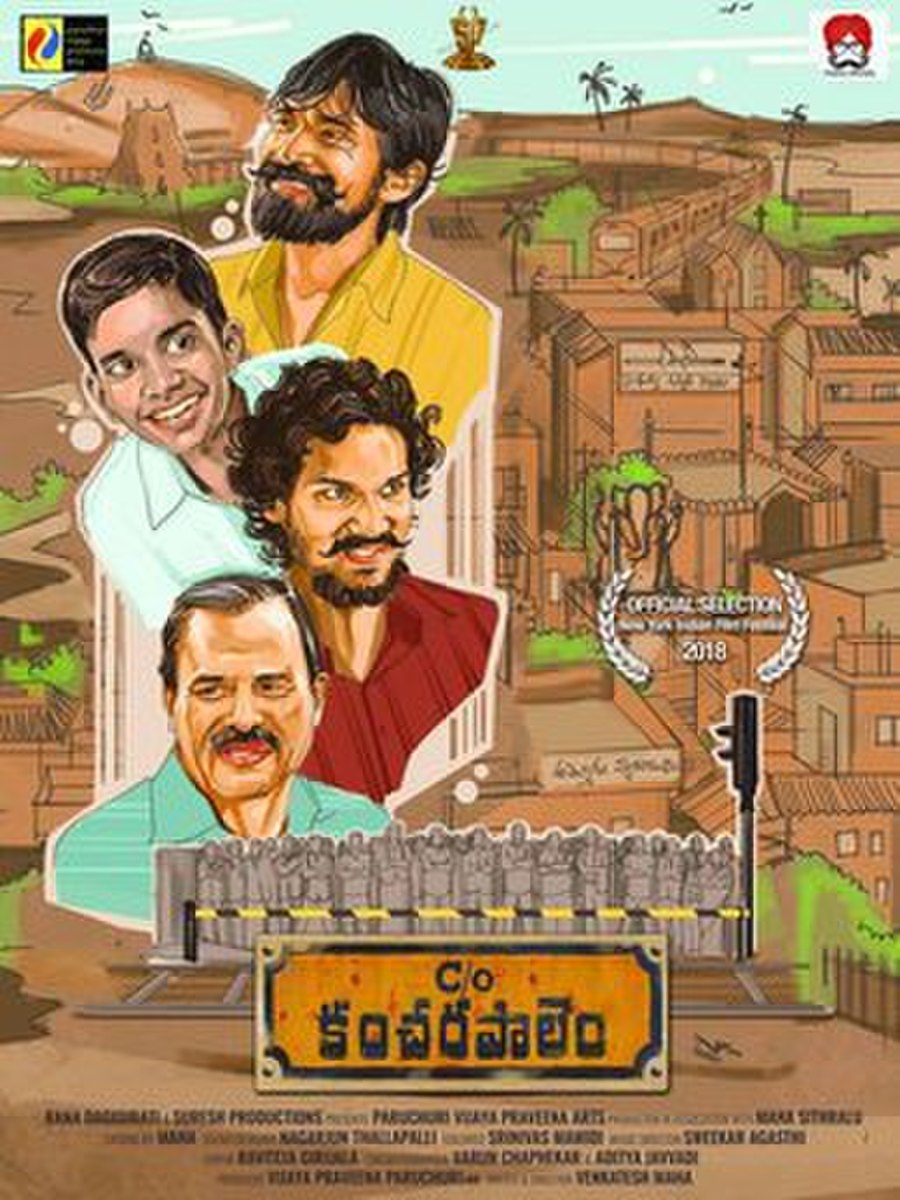 C/o Kancharapalem is a 2018 Indian Telugu-language slice of life anthology film written and directed by Venkatesh Maha and produced by Indian American, Praveena Paruchuri. The film features a cast of over 80 non-actors, most of them native to the town the movie is set in Kancharapalem. The film received positive reviews from the audience and a majority of the film critics. The film received the Best Critic Movie honor at 2019 Zee Cine Awards (Telugu).