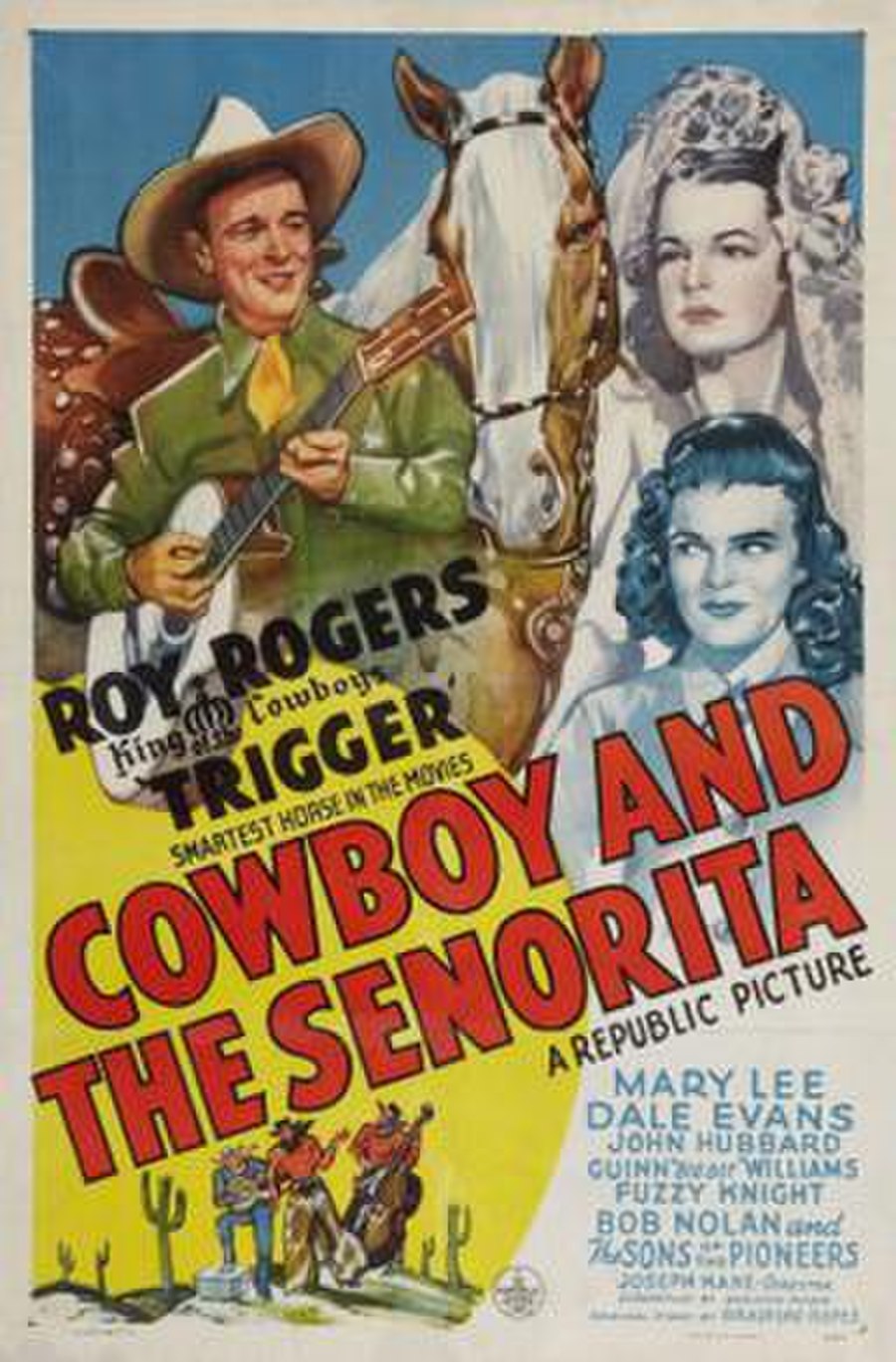 Cowboy and the Senorita 1944

Cowboy and the Senorita is a 1944 American Western film directed by Joseph Kane and starring Roy Rogers. The film marked the first appearance together of Rogers and his future wife, Dale Evans.

Roy and his sidekick Teddy Bear are mistaken for the kidnappers of a runaway teenager. After escaping from a posse the two find the teenager, Chip who explains their innocence and has her sister Ysobel and her soon to be husband the rich Craig Allen give the pair jobs. Chip tells Roy she is sure her late father had riches hidden away that the unscrupulous Craig Allen tries to take for himself. The film opens and closes with musical numbers.