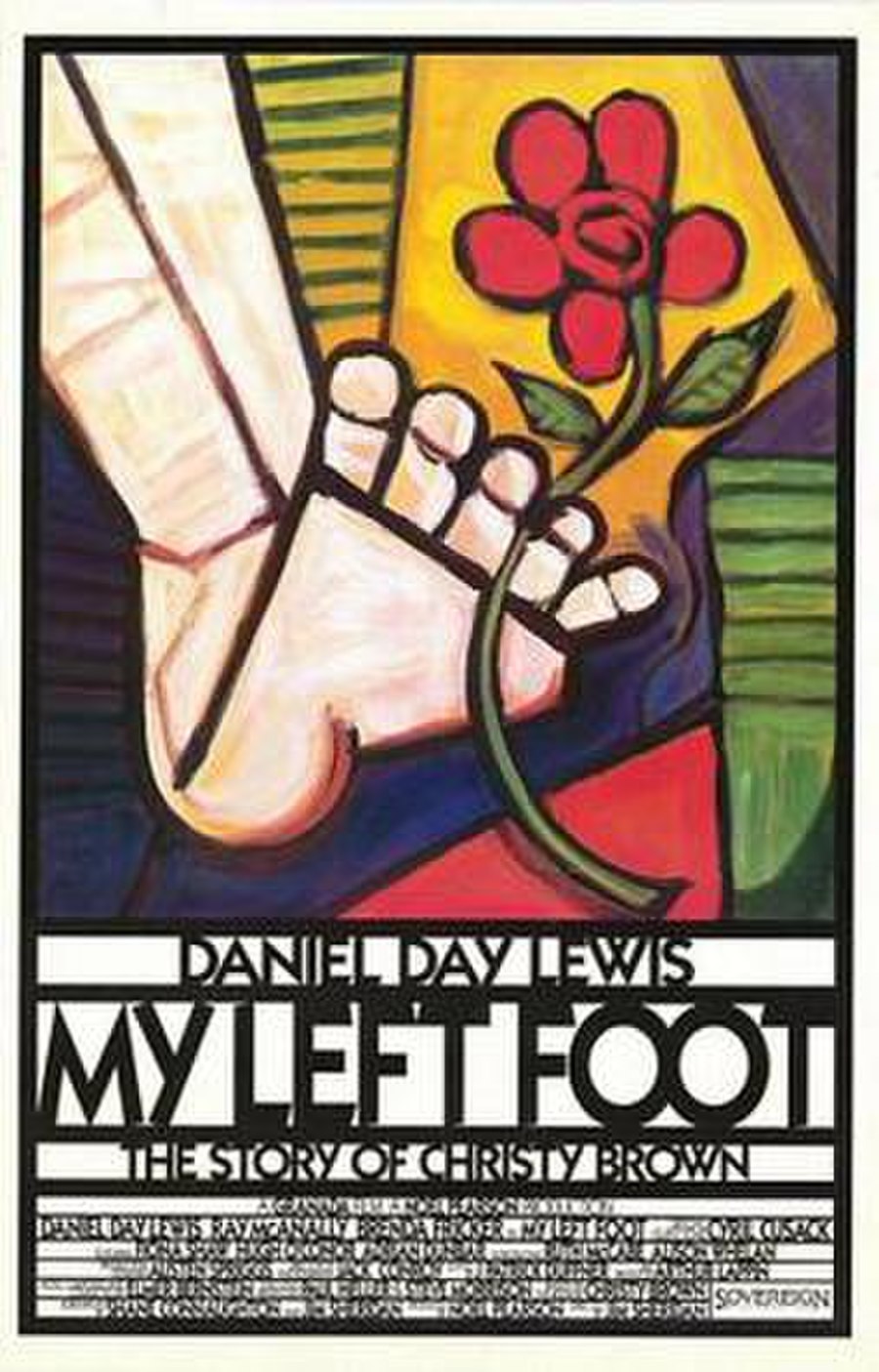 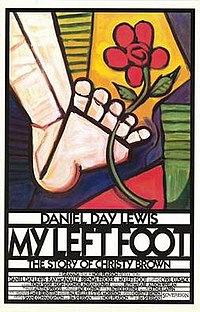 My Left Foot: The Story of Christy Brown, also known simply as My Left Foot, is a 1989 biographical comedy-drama film directed by Jim Sheridan adapted by Sheridan and Shane Connaughton from the 1954 memoir of the same name by Christy Brown. Its stars Daniel Day-Lewis, Brenda Fricker, Ray McAnally, Hugh O'Conor, Fiona Shaw, and Cyril Cusack. The film tells the story of Brown, an Irish man born with cerebral palsy, who could control only his left foot. Brown grew up in a poor working-class family, and became a writer and artist.

In 1932, Christy Brown is born into a family of 15. Doctors discover he has severe cerebral palsy. Christy is unable to walk or talk. He is loved and supported by his family, especially his mother. One day, Christy's mother trips down the stairs while in labour and Christy was the only person home to see it. He was able to alert some neighbours and summon them over to help. Christy's father, who never believed Christy would amount to anything, starts to become proud after witnessing him use his left foot, the only body part he can fully control, to write the word "mother" on the floor with a piece of chalk.