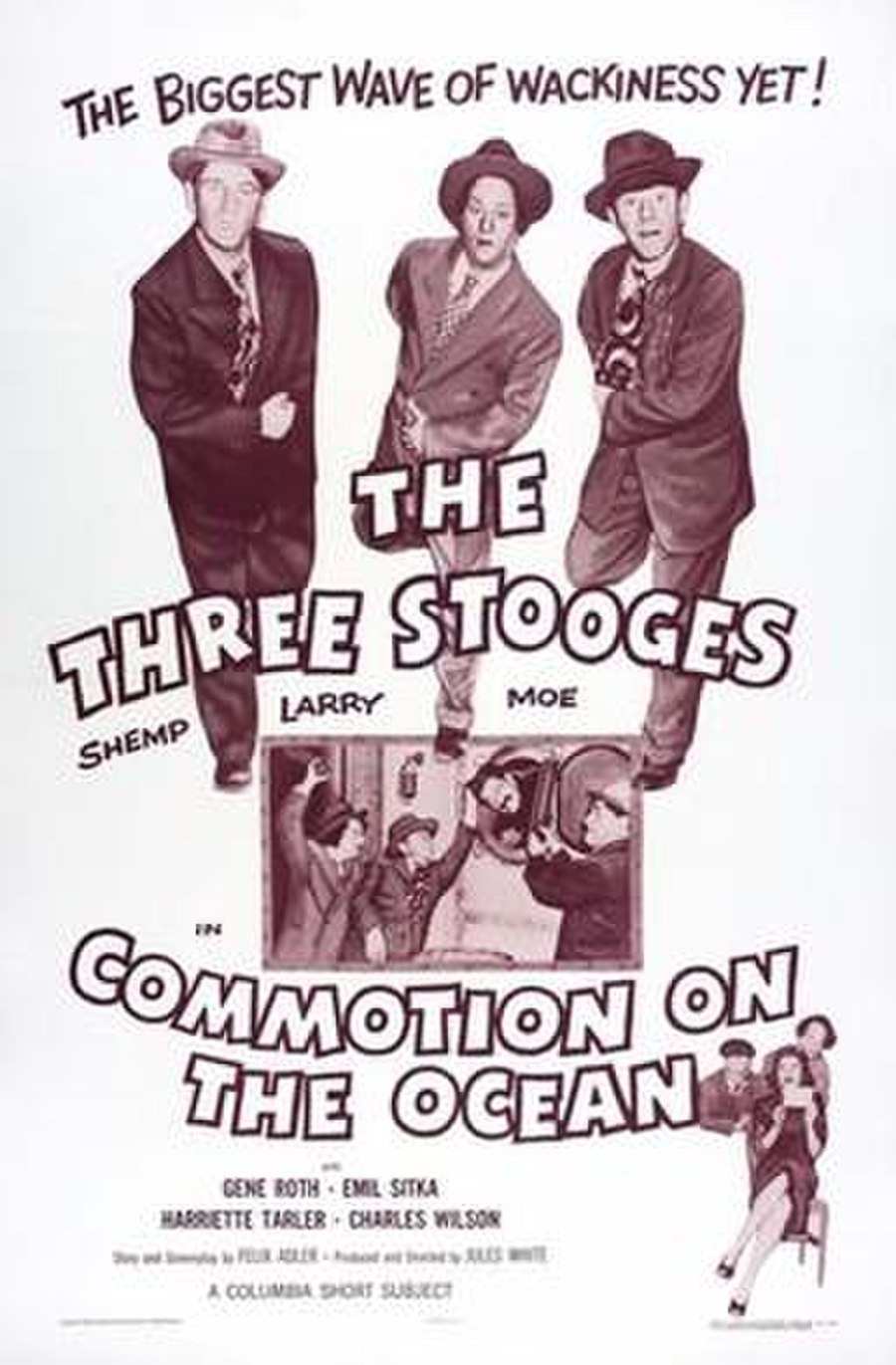 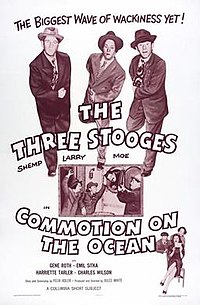 Commotion on the Ocean 1956

Commotion on the Ocean is a 1956 short subject directed by Jules White starring American slapstick comedy team The Three Stooges (Moe Howard, Larry Fine and Shemp Howard in his final starring role). It is the 174th entry in the series released by Columbia Pictures starring the comedians, who released 190 shorts for the studio between 1934 and 1959.

The Stooges play janitors who work at a newspaper office, begging to be given a chance to become reporters. The managing editor (Charles C. Wilson) promises to think about it over dinner. The phone rings while he is out and Moe answers. The person on the other end is one of the boss's reporters, Smitty (Emil Sitka), who relays a scoop to Moe that some important documents have been stolen by foreign spies. Coincidentally, the spy with the microfilmed documents, Mr. Borscht (Gene Roth) lives next door to the Stooges. He and the boys wind up as stowaways on an ocean liner. Stranded on a freighter on the high seas, and sustained by eating salami, the boys eventually overtake Borscht, recover the microfilm, and are thrilled with their newspaper scoop.