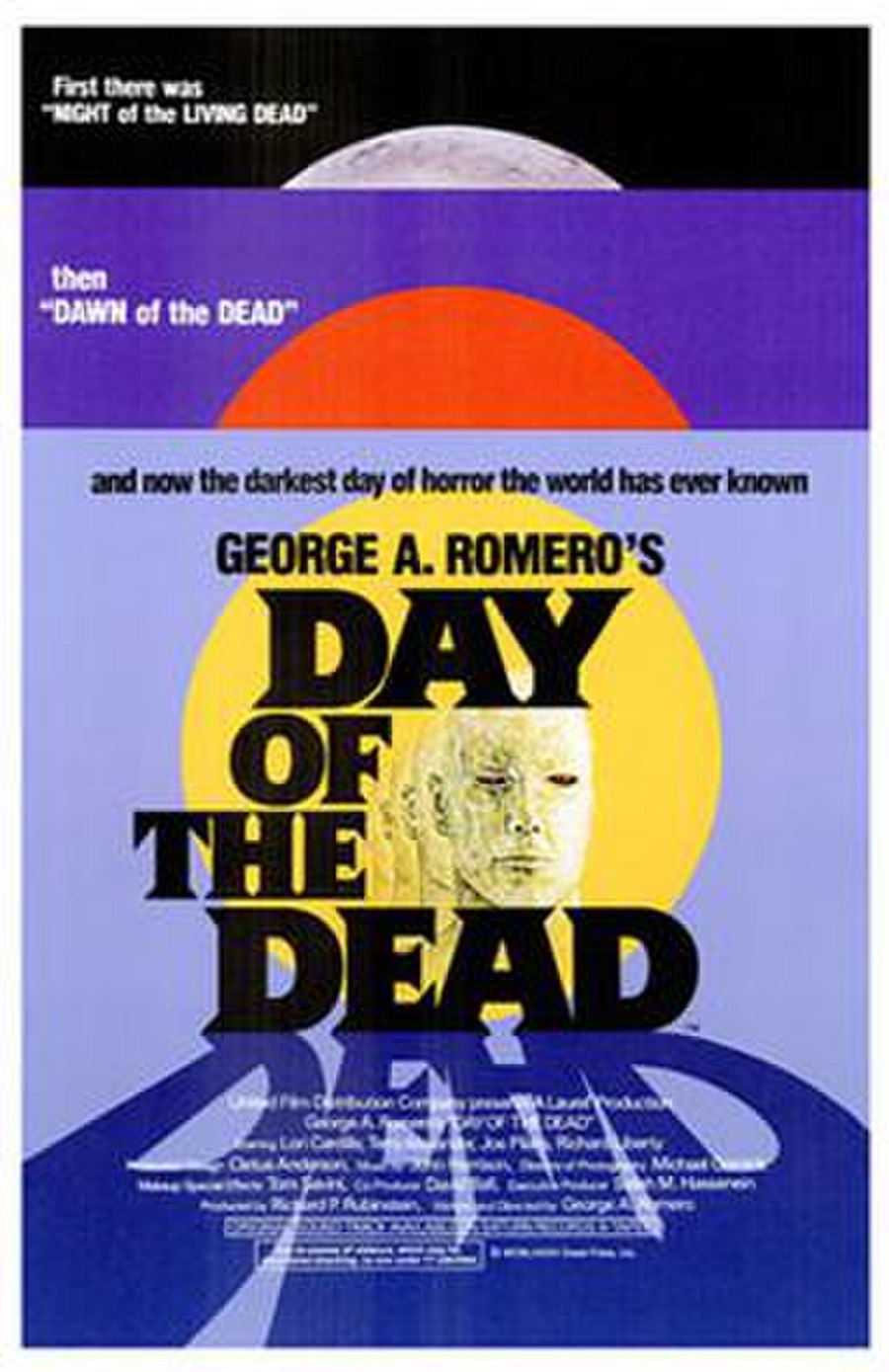 Day of the Dead is a 1985 American zombie horror film written and directed by George A. Romero. It was produced by Richard P. Rubinstein. The film is the third film in Romero's Night of the Living Dead series. Romero described the film as a "tragedy about how a lack of human communication causes chaos and collapse even in this small little pie slice of society."

A zombie apocalypse has ravaged the entire world, with zombies outnumbering humans 400,000 to 1. The surviving humans live in security within barricaded camps and secure underground bunkers.