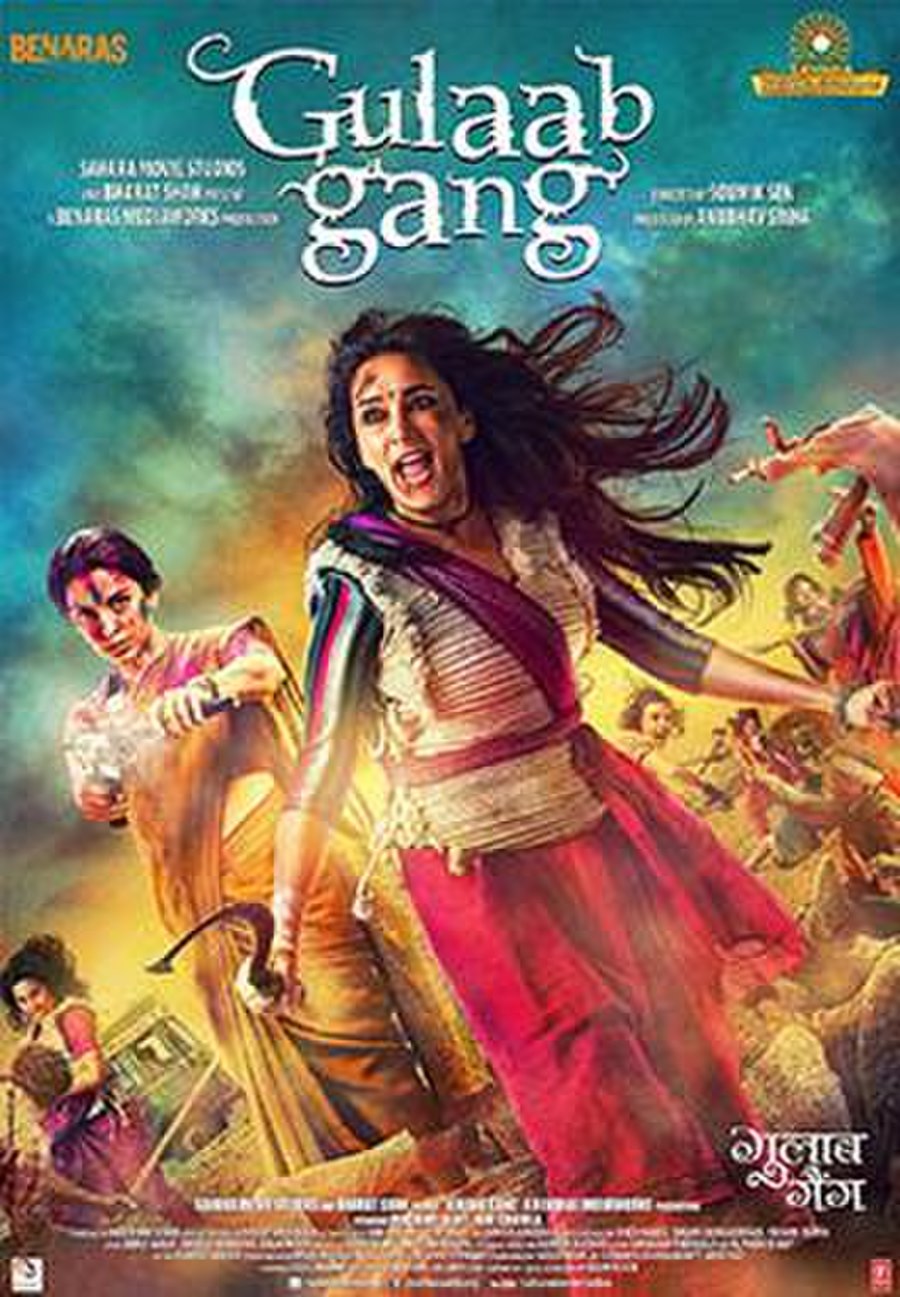 Gulaab Gang is a 2014 Indian Hindi-language action drama film centered on the struggle of women in India, directed by Soumik Sen and produced by Anubhav Sinha. It stars Madhuri Dixit and Juhi Chawla. It was the first time that the two female superstars of the 90's shared screen space together. The film was released on 7 March 2014. Upon its release the film received positive-to-mixed reviews from critics; however, the critics raved about Chawla's performance in the film, calling it the best performance of the year. The makers declared the film a flop on its opening day itself.