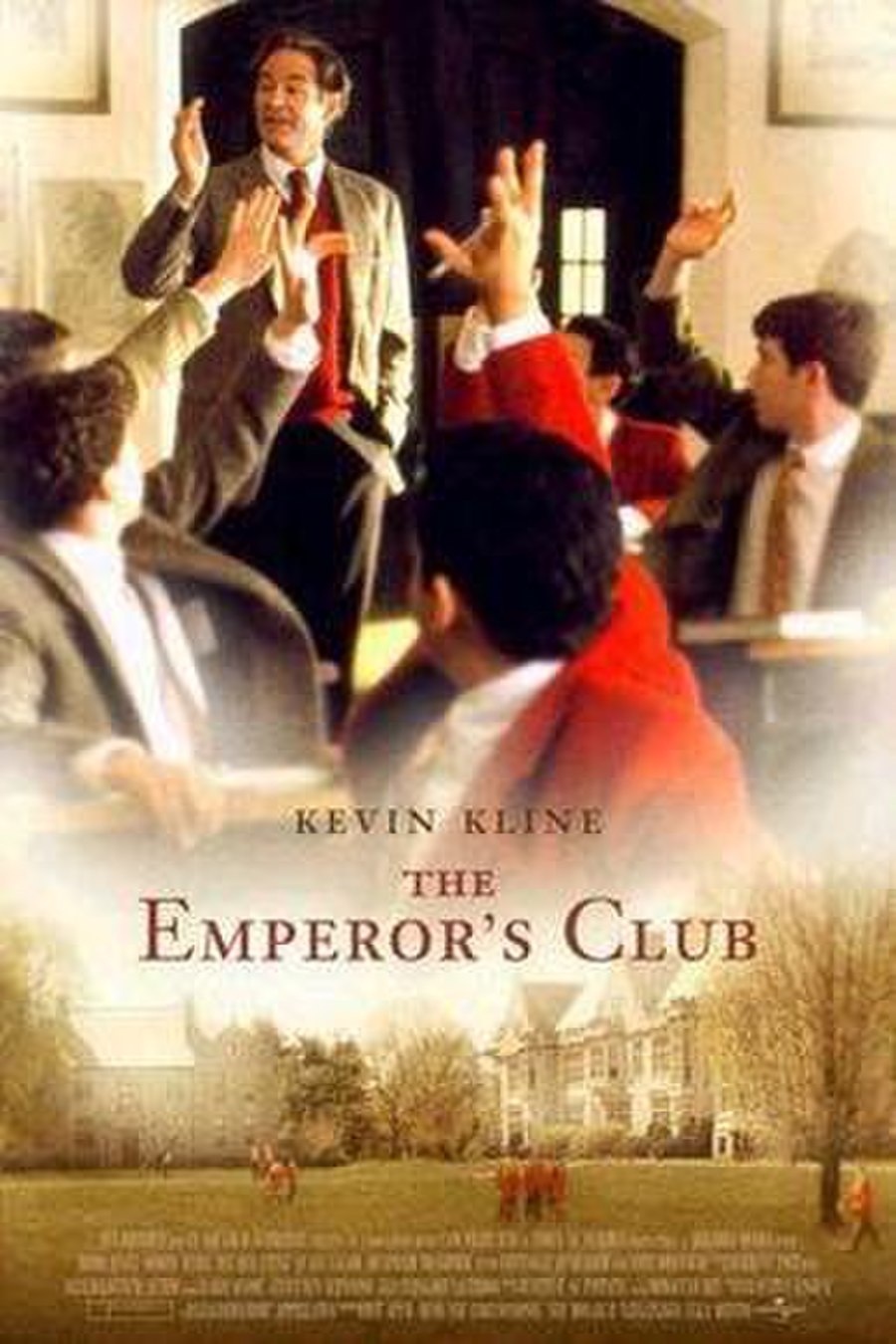 The Emperor's Club is a 2002 American drama film directed by Michael Hoffman and starring Kevin Kline. Based on Ethan Canin's short story "The Palace Thief", the film follows a prep school teacher and his students at a fictional boys' prep school, St. Benedict's Academy, near Washington, D.C.

William Hundert works at a boarding school for boys called Saint Benedict's in the 1970s, where he is a passionate classics teacher who attempts to impart wisdom and a sense of honor to his students; he begins the school year by having new student Martin Blythe read a plaque that hangs over his door which contains a statement made by an ancient Mesopotamian ruler, Shutruk Nahunte. The plaque sings Shutruk Nahunte's praises, but Hundert explains that he contributed nothing of value to his kingdom, and as a result is virtually forgotten today.