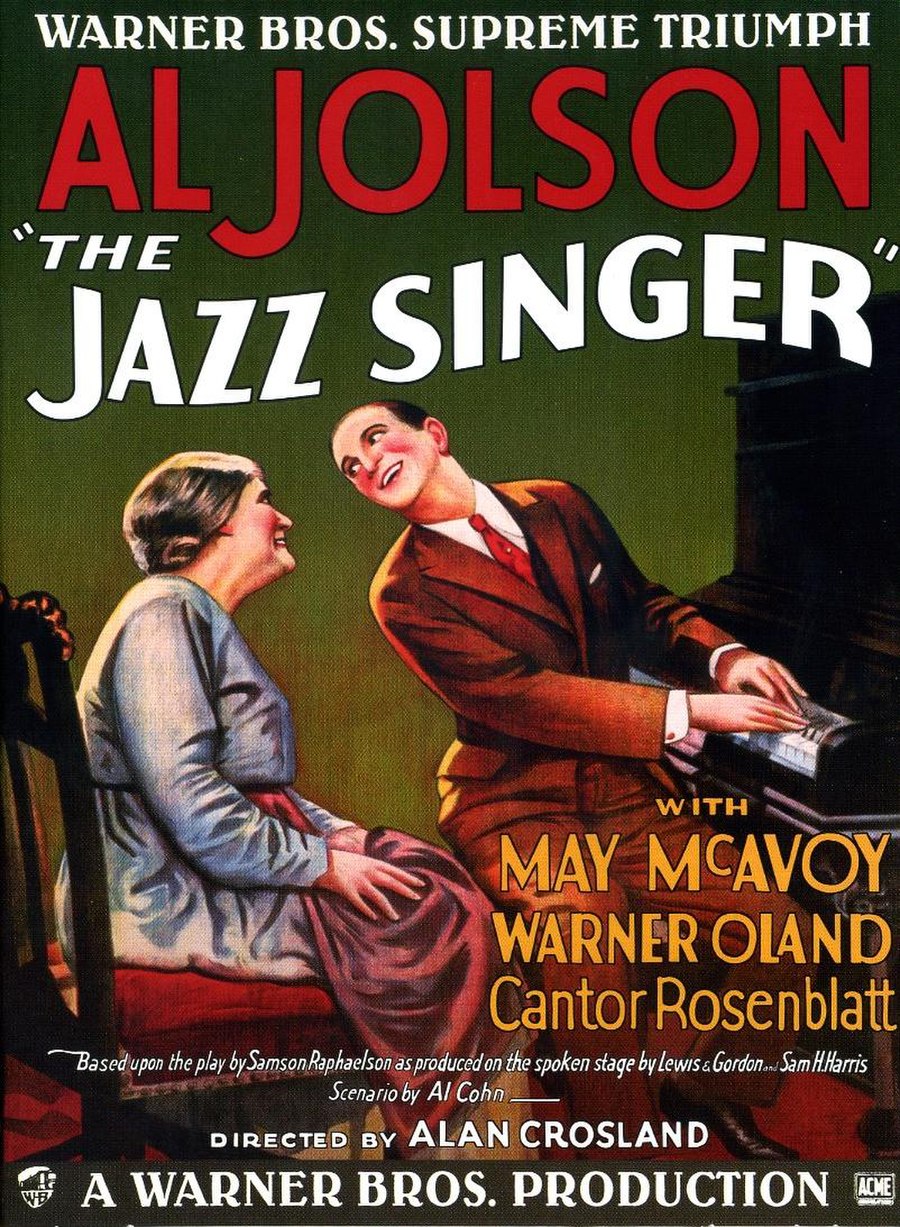 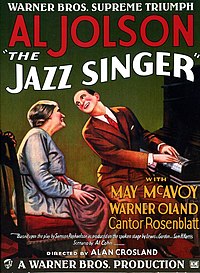 The Jazz Singer is a 1927 American musical drama film directed by Alan Crosland. It is the first feature-length motion picture with not only a synchronized recorded music score but also lip-synchronous singing and speech in several isolated sequences. Its release heralded the commercial ascendance of sound films and ended the silent film era, although there were still a few silent films after its release. It was produced by Warner Bros. with its Vitaphone sound-on-disc system. The film features six songs performed by Al Jolson. It is based on the 1925 play of the same name by Samson Raphaelson, which itself was adapted from one of his short stories titled "The Day of Atonement".

Cantor Rabinowitz wants his son to carry on the generations-old family tradition and become a cantor at the synagogue in the Jewish ghetto of Manhattan's Lower East Side. But, down at the beer garden, thirteen-year-old Jakie Rabinowitz is performing so-called jazz tunes. Moisha Yudelson spots the boy and tells Jakie's father, who drags him home. Jakie clings to his mother, Sara, as his father declares, "I'll teach him better than to debase the voice God gave him!" Jakie threatens: "If you whip me again, I'll run away—and never come back!" After the whipping, Jakie kisses his mother goodbye and, true to his word, runs away. At the Yom Kippur service, Rabinowitz mournfully tells a fellow celebrant, "My son was to stand at my side and sing tonight—but now I have no son." As the sacred Kol Nidre is sung, Jakie sneaks back home to retrieve a picture of his loving mother.