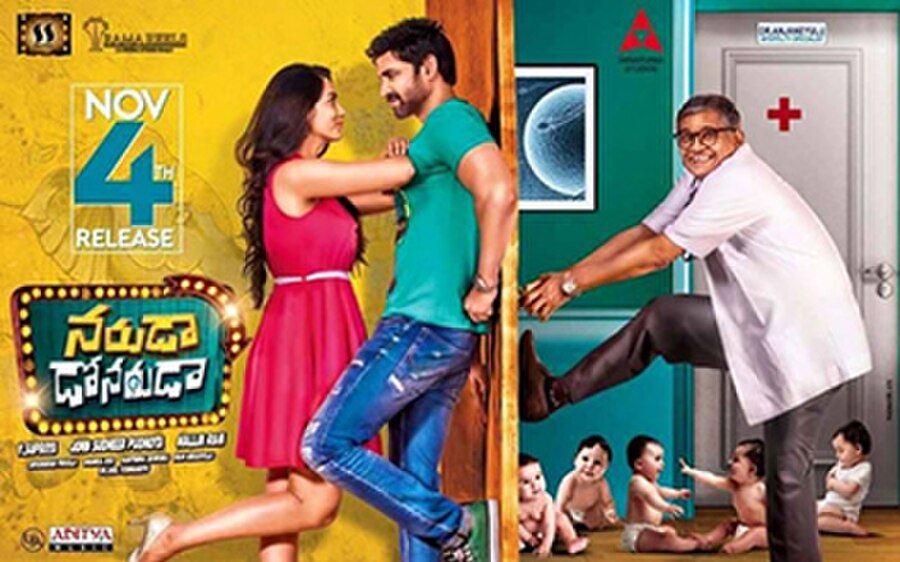 Naruda Donoruda (stylized as Naruda DONORuda) is a 2016 Indian Telugu-language romantic comedy film, directed by Mallik Ram and produced by Supriya Yarlagadda and John Sudheer Pudhota. It stars Sumanth and Pallavi Subhash in the lead roles. Its music was composed by Sricharan Pakala and released on Aditya Music. The film was released on 4 November 2016 and is a remake of the 2012 Hindi film Vicky Donor.

Vicky (Sumanth), an unemployed man, with seemingly no purpose in life, lives with his grandmother and widowed mother (Rajya Lakshmi). Their family survives on a beauty parlour business. Dr Aanjaneyulu (Tanikella Bharani) runs an infertility clinic, and is in search of a good sperm donor. He comes across Vicky, and is enamored by him and his forefathers. After some convincing, Vicky eventually starts selling his sperm to Aanjaneyulu, filling the lives of many childless couples with joy. It's a win-win for Vicky and Aanjaneyulu as both grow rich.