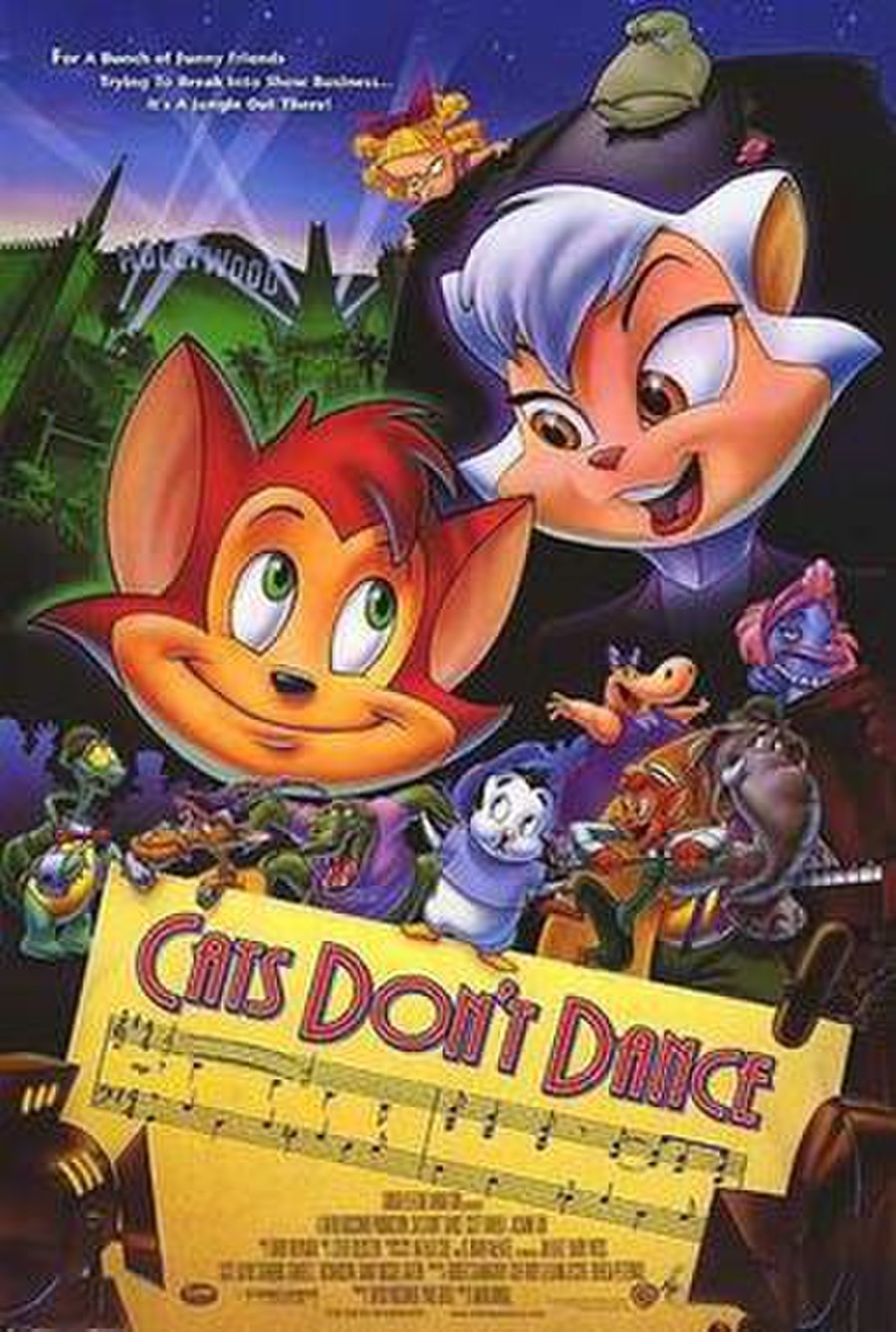 Cats Don't Dance is a 1997 American animated musical comedy film distributed by Warner Bros. under their Warner Bros. Family Entertainment label. It is the only fully animated feature produced by Turner Feature Animation, which was merged during the post-production of Cats Don't Dance into Warner Bros. Animation after the merger of Time Warner with Turner Broadcasting System in 1996. Turner Feature Animation had also produced the animated portions of Turner's The Pagemaster (1994).

In 1939, Danny, an optimistic cat, dreams of Hollywood stardom, so he travels from his hometown of Kokomo, Indiana, in hopes of starting a career there. After meeting a new friend Pudge, Danny is selected by agent Farley Wink to feature in a film that is in production at Mammoth Pictures called Li'l Ark Angel, alongside Wink's secretary: a white cat named Sawyer. Upon joining fellow animals; Tilly, Cranston, Frances, and T.W., Danny is dismayed on learning how minor his role is and tries to weasel his way into more time in the spotlight. Danny angers Darla Dimple, a popular yet spoiled child actress and star of the film, so she assigns her 36-foot tall butler Max to intimidate Danny into no longer trying to enlarge his part.