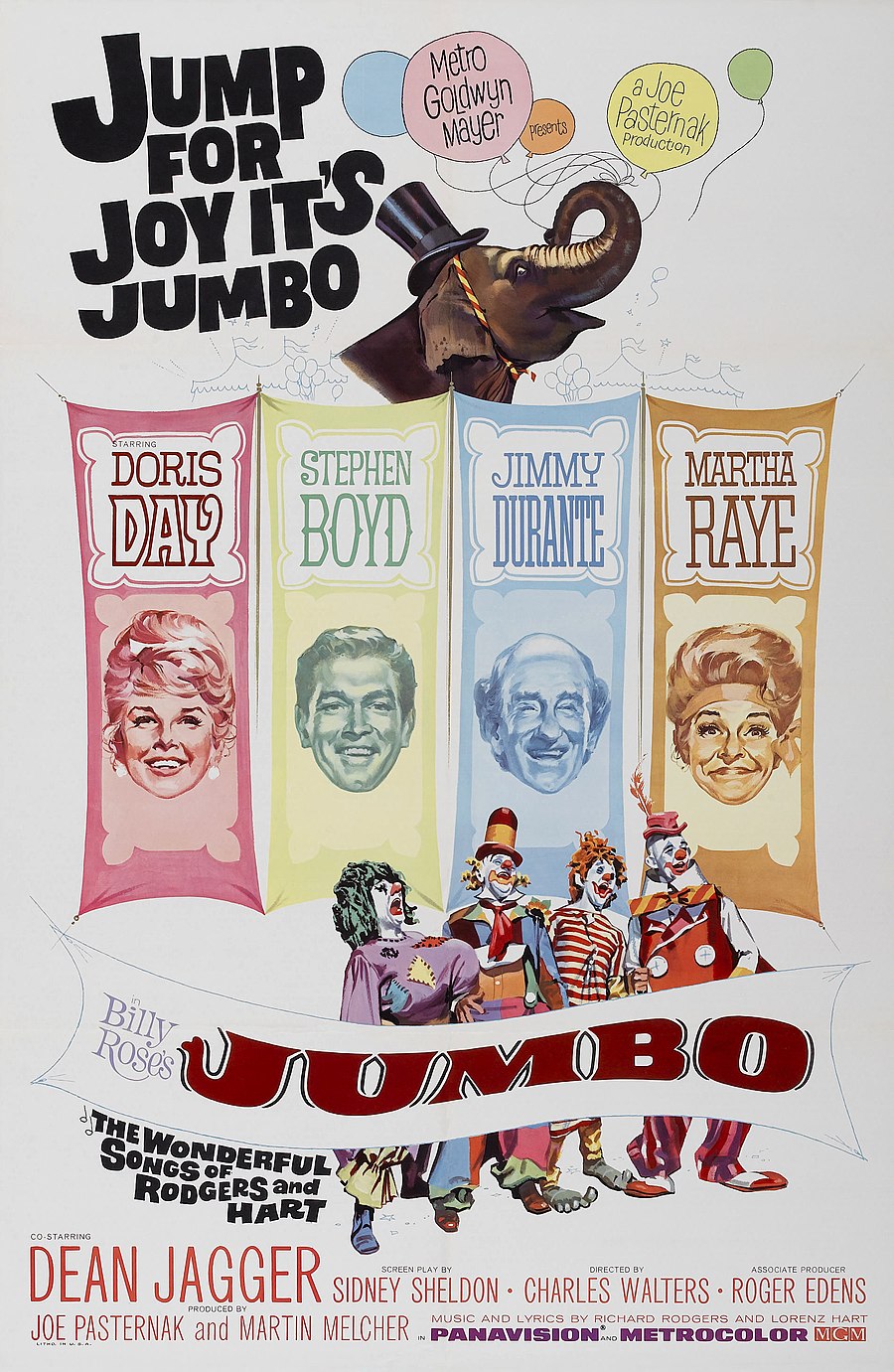 Billy Rose's Jumbo is a 1962 American musical film released by Metro-Goldwyn-Mayer and starring Doris Day, Stephen Boyd, Jimmy Durante, and Martha Raye. An adaptation of the stage musical Jumbo produced by Billy Rose, the film was directed by Charles Walters, written by Sidney Sheldon, and featured Busby Berkeley's choreography. It was nominated for an Academy Award for the adaptation of its Rodgers and Hart score.

The Wonder Circus comes to a town in the Midwest with its featured attraction, Jumbo the elephant. Pop Wonder owns the circus, but his continued gambling losses in crap games leaves him (and the circus) with an ever-growing number of IOUs.