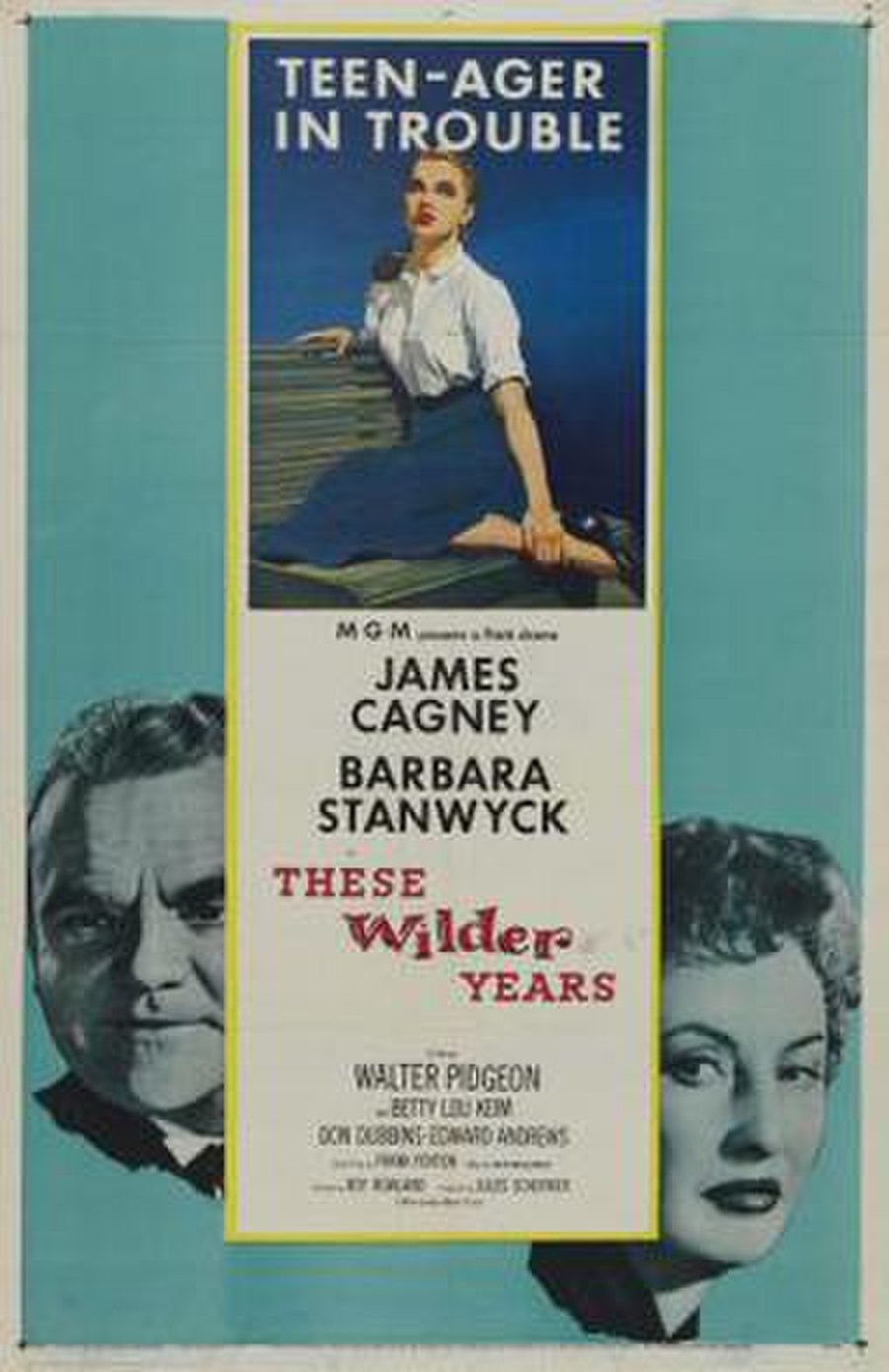 These Wilder Years is a 1956 American drama film directed by Roy Rowland and starring James Cagney and Barbara Stanwyck. It is the story of a businessman who tries to find the illegitimate son he gave up to an orphanage many years ago.

A Detroit business tycoon, Steve Bradford, tells his board of directors without explanation that he is taking a leave of absence. He travels to his small hometown, where it turns out that his goal is to find a son he put up for adoption 20 years before.