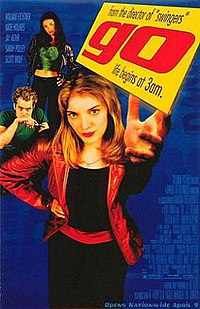 Around Christmas, Ronna, working overtime at her supermarket job to avoid being evicted, is approached by Adam and Zack to buy 20 hits of ecstasy, which they had hoped to buy from her absent co-worker, Simon.