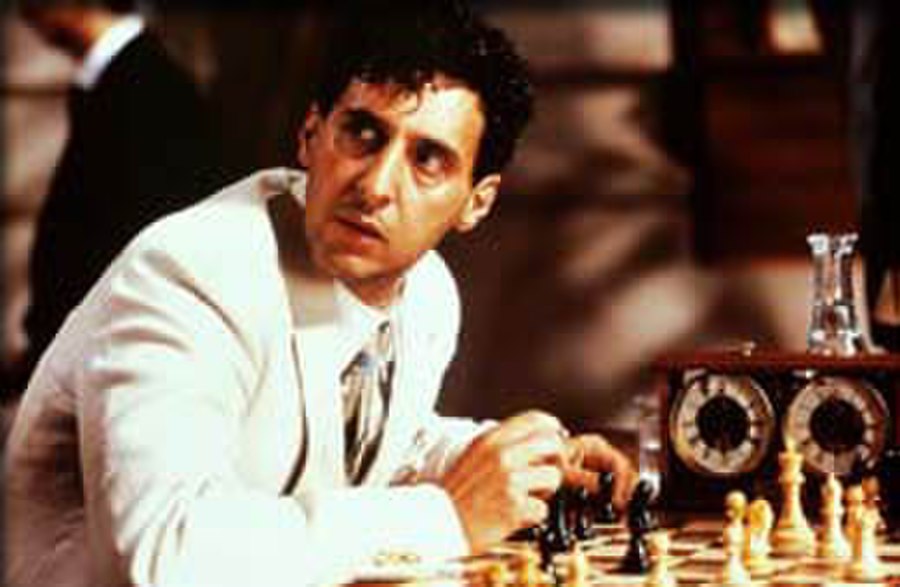 The Luzhin Defence is a 2000 romantic drama film directed by Marleen Gorris, starring John Turturro and Emily Watson. The film centres on a mentally tormented chess grandmaster and the young woman he meets while competing at a world-class tournament in Italy. The screenplay was based on the novel The Defense (or The Luzhin Defence) by Vladimir Nabokov.

It's the early 1920s and Aleksandr Ivanovich 'Sascha' Luzhin (Turturro), a gifted but tormented chess player, arrives in a Northern Italian city to compete in an international chess competition. Prior to the tournament he meets Natalia Katkov (Watson) and he falls in love with her almost immediately. She in turn finds his manner to be appealing and they begin to see each other in spite of her mother's disapproval.