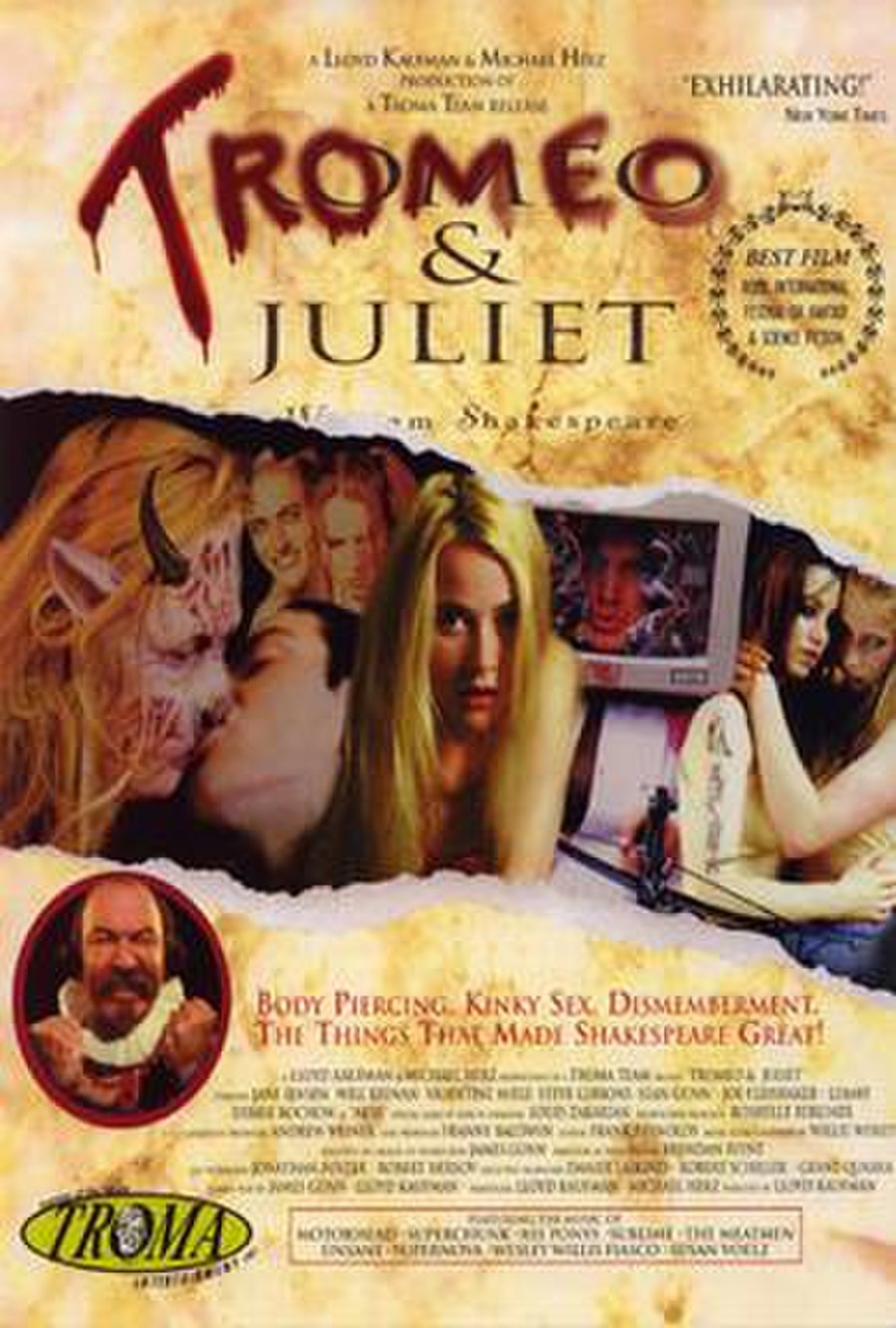 Tromeo and Juliet is a 1996 American independent transgressive romantic comedy film and a loose adaptation of William Shakespeare's Romeo & Juliet from Troma Entertainment. The film was directed by Lloyd Kaufman from a screenplay by Kaufman and James Gunn, who also served as associate director.

Set in modern-day Manhattan, the film begins with the narrator (Lemmy of Motörhead) introducing two families: the Capulets and the Ques.