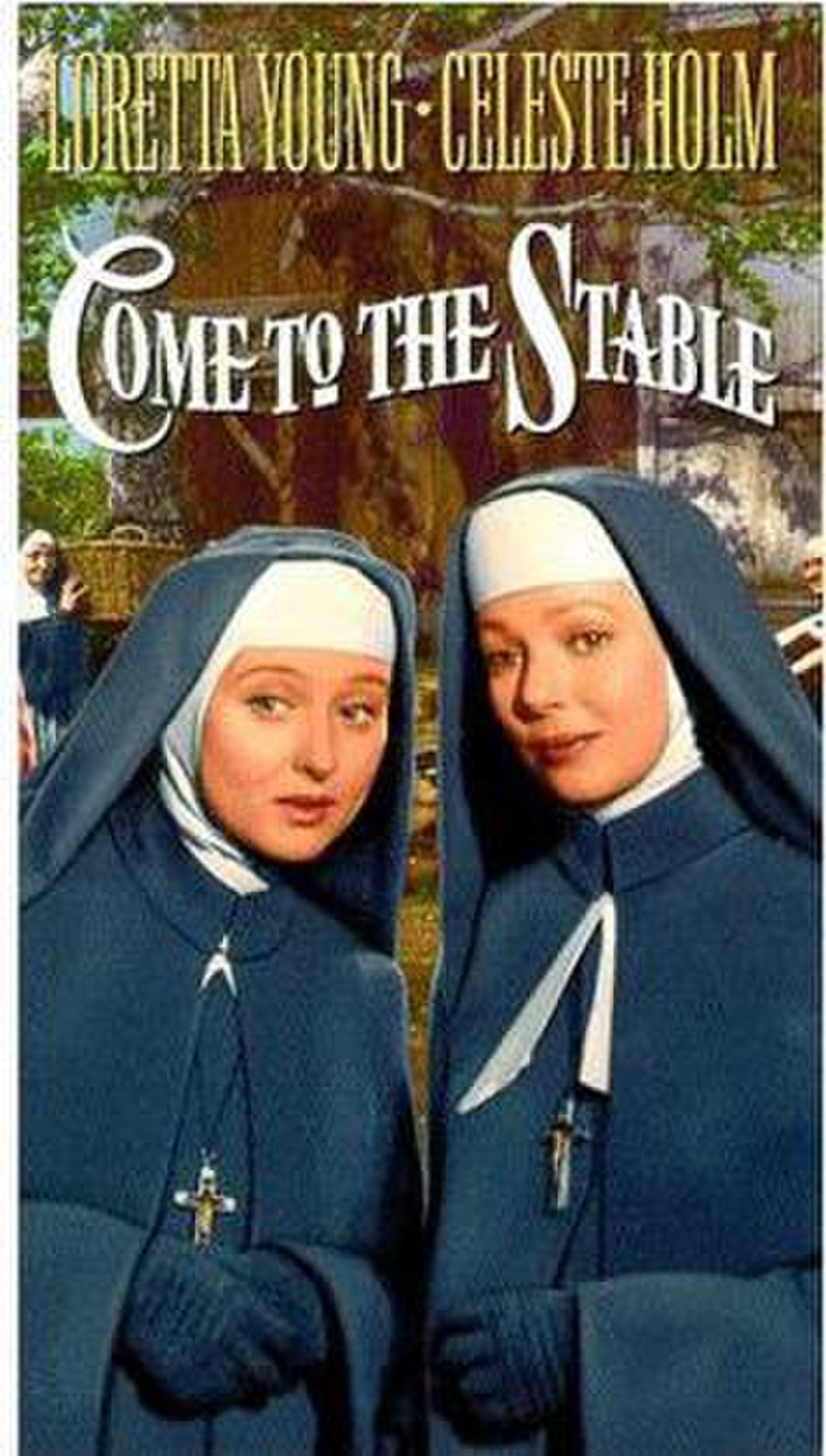 Come to the Stable is a 1949 American film which tells the true story of the Abbey of Regina Laudis and the two French religious sisters who come to a small New England town and involve the townsfolk in helping them to build a children's hospital. It stars Loretta Young, Celeste Holm, Hugh Marlowe, Elsa Lanchester, Thomas Gomez, Dooley Wilson and Regis Toomey.

One winter's night, two French sisters, Chicago born Sister Margaret (Young) and Sister Scholastica (Holm), come to the small New England town of Bethlehem (most likely modeled after Bethlehem, Connecticut– given the Abbey of Regina Laudis in that real town and the proximity to New York City), where they meet Amelia Potts (Elsa Lanchester), a painter of religious pictures. The Sisters announce that they have come to build a hospital there, and Sister Margaret explains that during the war she was in charge of a children's hospital in Normandy when it became a potential target during a military campaign. As many of the children could not be evacuated, Sister Margaret made a personal plea to an American general not to shell the hospital, which the Germans were using as an observation post. The hospital was spared but at the cost of American lives, and Sister Margaret made a promise to God that, in gratitude for saving the children, she would return to America to build a children's hospital.