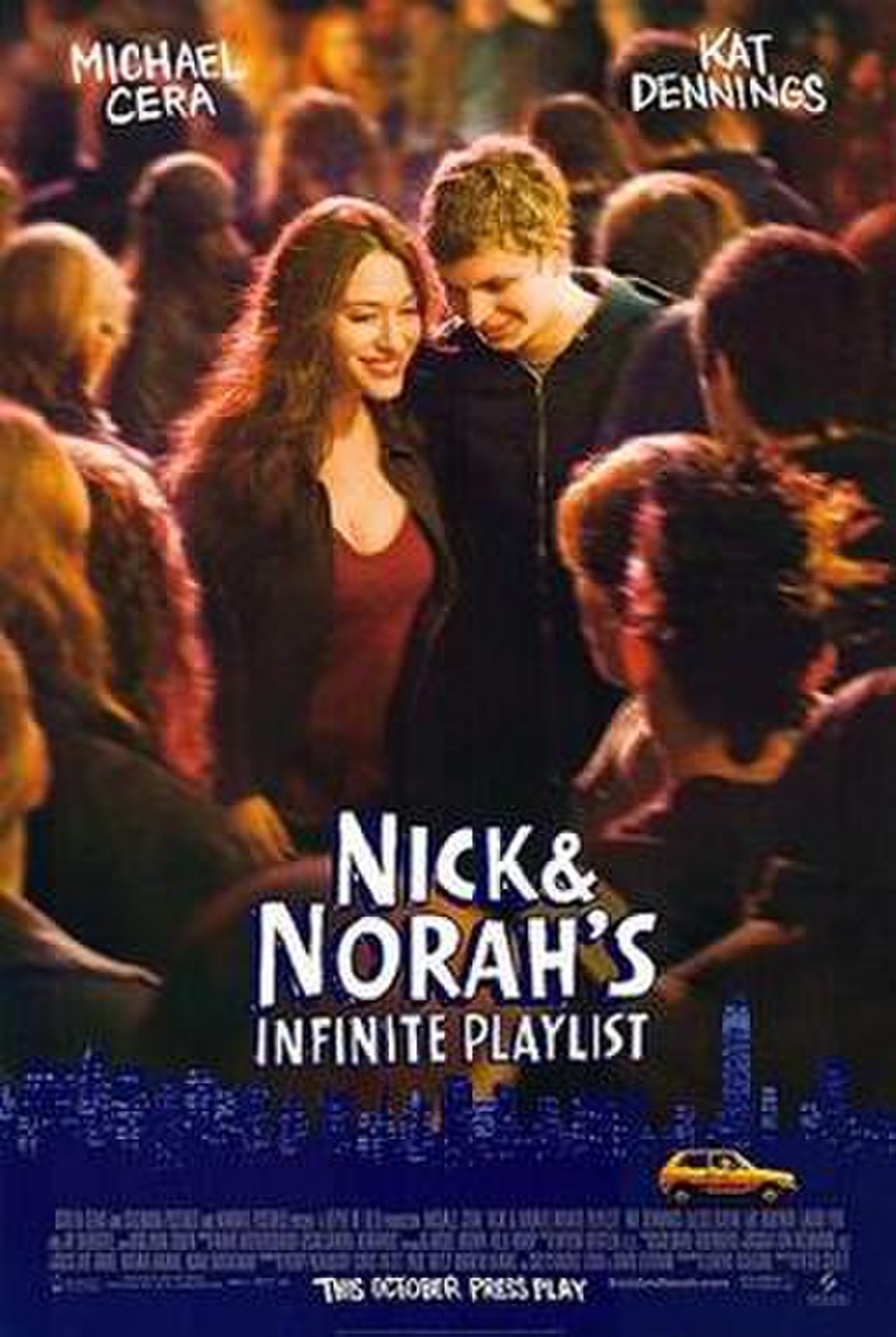 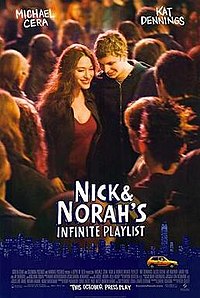 Nick & Norah's Infinite Playlist is a 2008 American romantic comedy-drama film directed by Peter Sollett and starring Michael Cera and Kat Dennings. Written by Lorene Scafaria and based on the novel of the same name by Rachel Cohn and David Levithan, the story tells of teenagers Nick (Cera) and Norah (Dennings), who meet when Norah asks Nick to pretend to be her boyfriend for five minutes. Over the course of the night, they try to find their favorite band's secret show and search for Norah's drunken best friend.

Nick O'Leary is a straight bass player in a queercore band that is searching for a name, but tentatively calls themselves The Jerk-Offs. A teenager from Hoboken, New Jersey, he is heartbroken after his girlfriend, Tris, broke up with him three weeks, two days, and 23 hours earlier, and continues to make "breakup" mix CDs for her. Thom and Dev, his gay bandmates who both hate Tris, convince Nick to perform at a club because his favorite band—the legendary, publicity-shy indie band Where's Fluffy?—is performing at an undisclosed location in New York City that night.