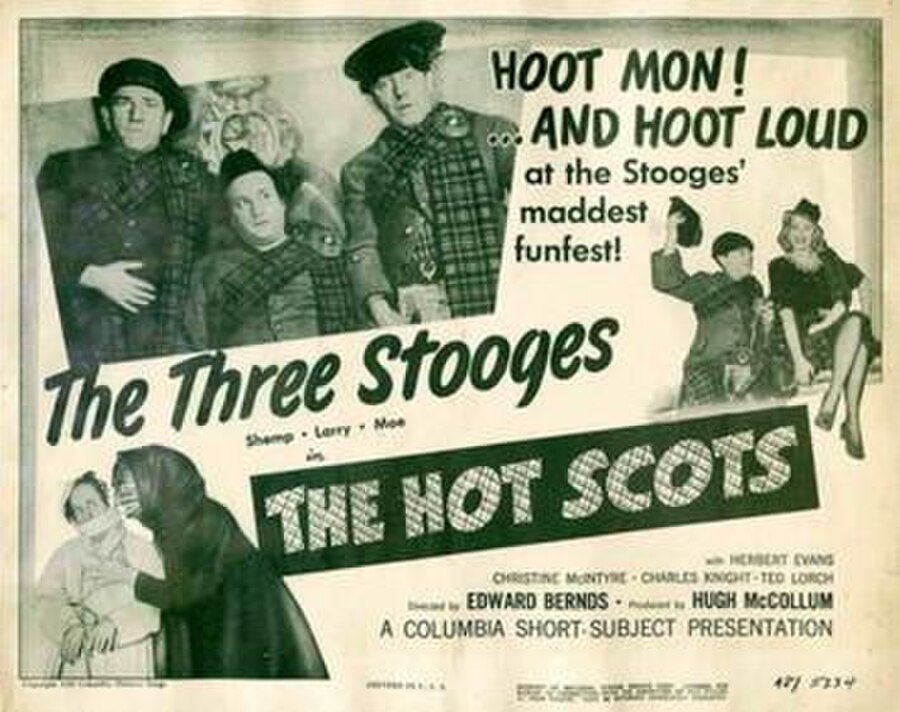 The Hot Scots is a 1948 short subject directed by Edward Bernds starring American slapstick comedy team The Three Stooges (Moe Howard, Larry Fine and Shemp Howard). It is the 108th entry in the series released by Columbia Pictures starring the comedians, who released 190 shorts for the studio between 1934 and 1959.

The Stooges try to get jobs with Scotland Yard after graduating from a correspondence detective school. They end up as "Yard Men" picking up trash and pruning the hedges. They inadvertently get their chance to crack a case. Dressed in kilts and talking in phony Scottish accents, the Stooges (as McMoe, McLarry, and McShemp) are given the task of guarding the prized possessions of The Earl of Glenheather Castle (Herbert Evans). The castle staff are actually ransacking the castle while the boys sleep there, though they eventually arrest the crooks.