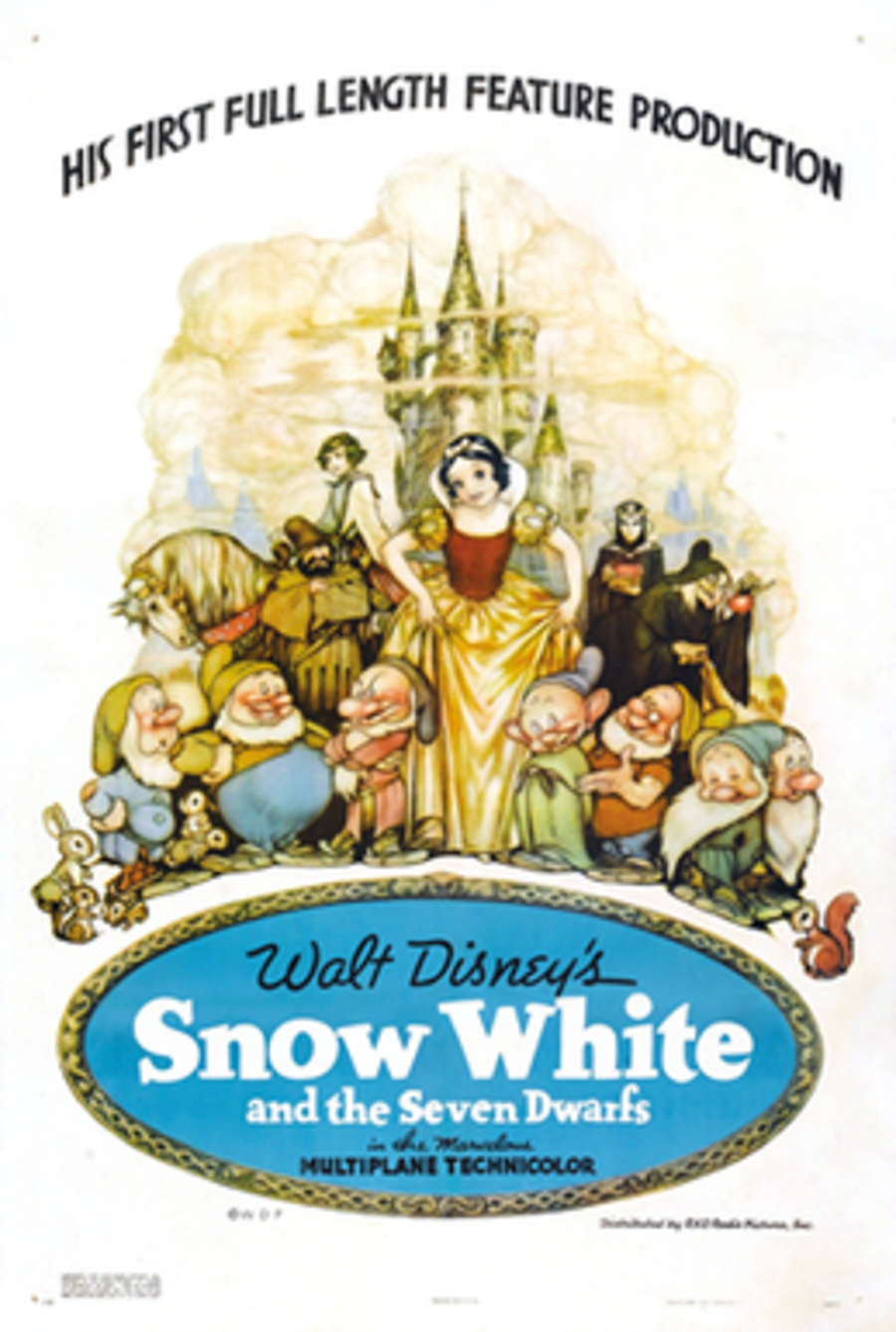 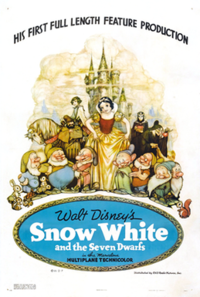 Snow White and the Seven Dwarfs 1937

Snow White is a lonely princess living with her stepmother, a vain Queen. The Queen worries that Snow White will be more beautiful than her, so she forces Snow White to work as a scullery maid and asks her Magic Mirror daily "who is the fairest one of all." For years the mirror always answers that the Queen is, pleasing her.