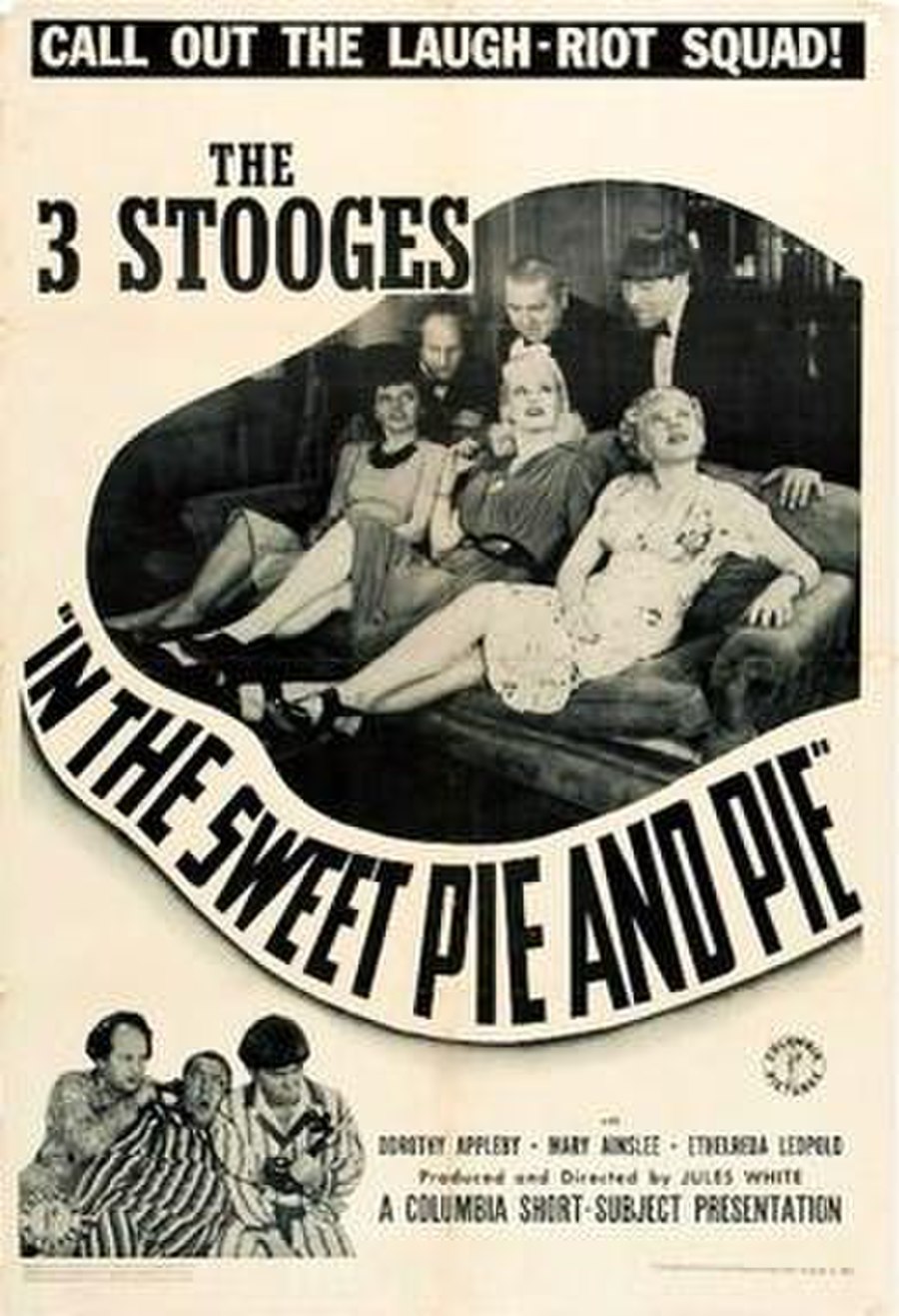 In the Sweet Pie and Pie is a 1941 short subject directed by Jules White starring American slapstick comedy team The Three Stooges (Moe Howard, Larry Fine and Curly Howard). It is the 58th entry in the series released by Columbia Pictures starring the comedians, who released 190 shorts for the studio between 1934 and 1959.

Tiska (Dorothy Appleby), Taska (Mary Ainslee) and Baska (Ethelreda Leopold) Jones, three snippy society girls, are willed a huge inheritance so long as they are married by a certain time and date, but their fiances postpone their engagements as they, along with the Fleet, are bound for Honolulu. Their shrewd lawyer Diggins (Richard Fiske) suggests they marry three death row inmates, the Mushroom Murder Gang (the Stooges) to retain the dough; once they are married, they get their inheritance, the convicts are hanged, and the girls can marry their fiances free and clear. The girls soon show up to the Stooges' cell and marry the three inmates, then the girls depart. (Moe and Curly, disappointed that they did not receive a wedding kiss, give each other a kiss instead.)