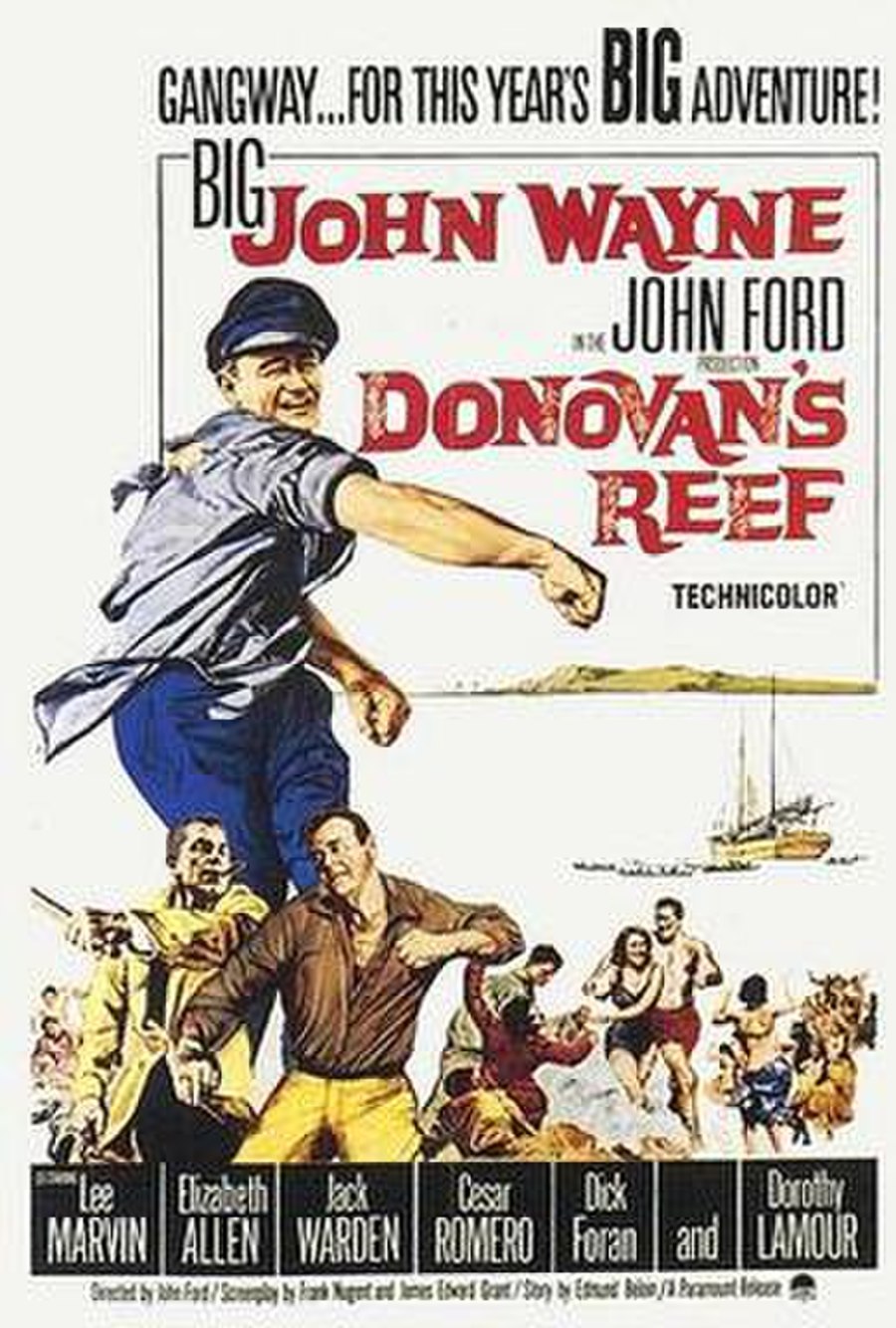 Donovan's Reef is a 1963 American adventure comedy film starring John Wayne and Lee Marvin. It was directed by John Ford and filmed in Kauai, Hawaii, but is set in French Polynesia.

Thomas "Boats" Gilhooley, an expatriate United States Navy (USN) veteran, works aboard a freighter. When he realizes that the ship is passing by Haleakaloha, French Polynesia, but not actually calling there as he had been promised, he jumps ship to swim to the island.