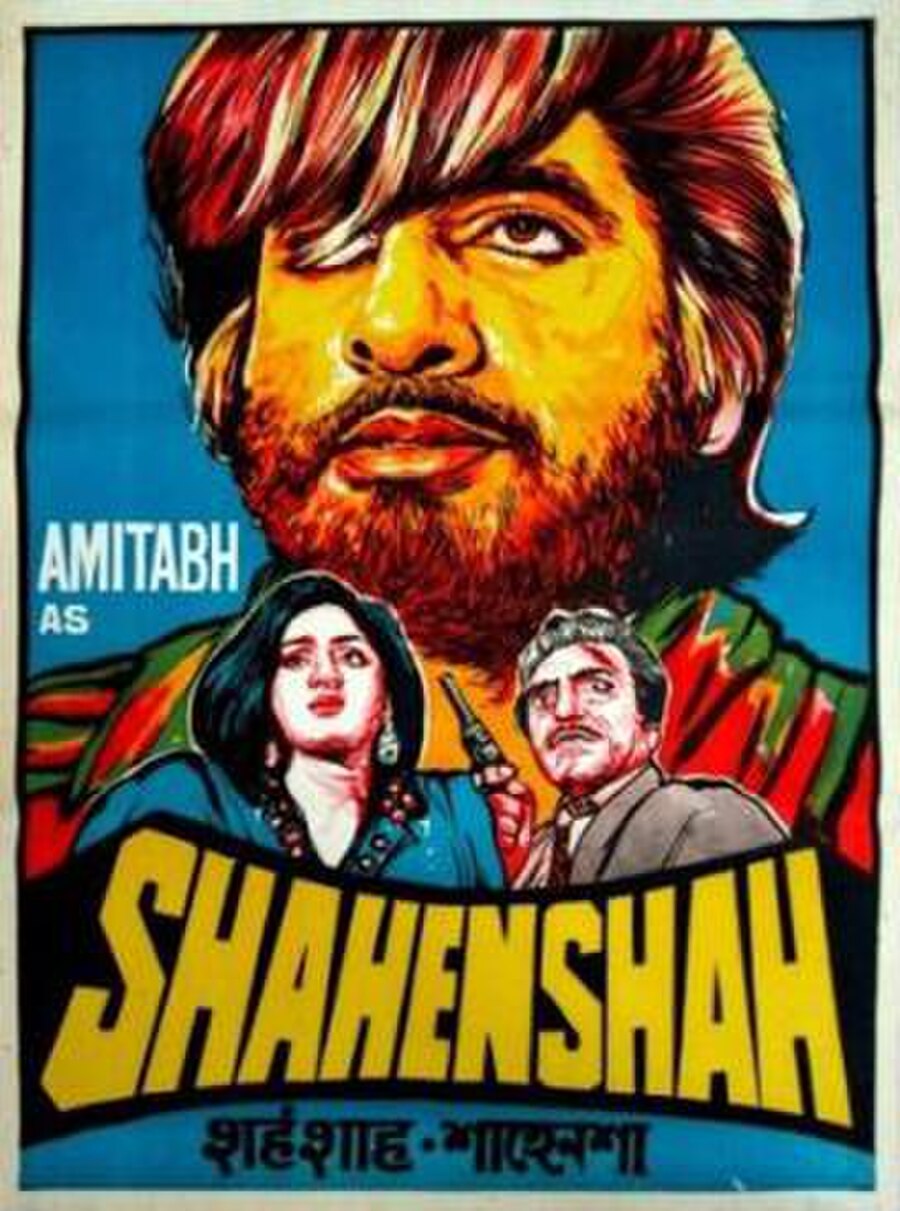 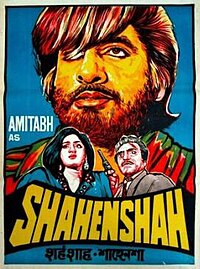 Shahenshah (English: Emperor) is a 1988 Indian Hindi-language vigilante action film starring Amitabh Bachchan in the title role, along with Meenakshi Sheshadri. The film was produced and directed by Tinnu Anand. The story of the film was written by Amitabh Bachchan's wife Jaya Bachchan and the screenplay was written by veteran screenwriter Inder Raj Anand, who died before the film was released. The film marked Bachchan's comeback to films after a three-year hiatus during which he had entered politics. Bachchan still had films releasing during the hiatus, as they were projects he had previously completed. The film became the second highest grossing film of 1988. It is remembered for the famous dialogue "Rishtey mein toh hum tumhare baap lagte hai...naam hai Shahenshah". The film is also remembered for Bachchan's performance as a comic policeman and a crimefighting superhero. Meenakshi Sheshadri performance as the leading lady was also appreciated. The advance booking shattered all the records and in Shiela Cinema (Delhi) a crowd of 20,000 people had gathered for the first show.

A corrupt and sniveling bank manager Mathur (Prem Chopra) has illegally borrowed 2.5 million rupees and loaned them to crime baron J.K. Verma (Amrish Puri). J.K orchestrates a bank robbery to bail him out. Inspector Anand Shrivastav (Kader Khan) gets wind of this plot. He is about to crack the case when J.K. enlists an exotic dancer, Julie (Aruna Irani), to use the robbery as a backdrop and frame the honest inspector for corruption. Inspector Shrivastav is arrested and is imprisoned for three months. Inspector Shrivastav, the honest and innocent inspector, is so depressed about the false charges that he hangs himself at home after being released on bail. This creates a lasting and powerful impression on his young eight-year-old son, Vijaykumar. Vijay retains the noose his father used to hang himself. He vows someday restore his father's honour. Vijay and his mother leave their house and live in the house of another honest police inspector named Aslam Khan.