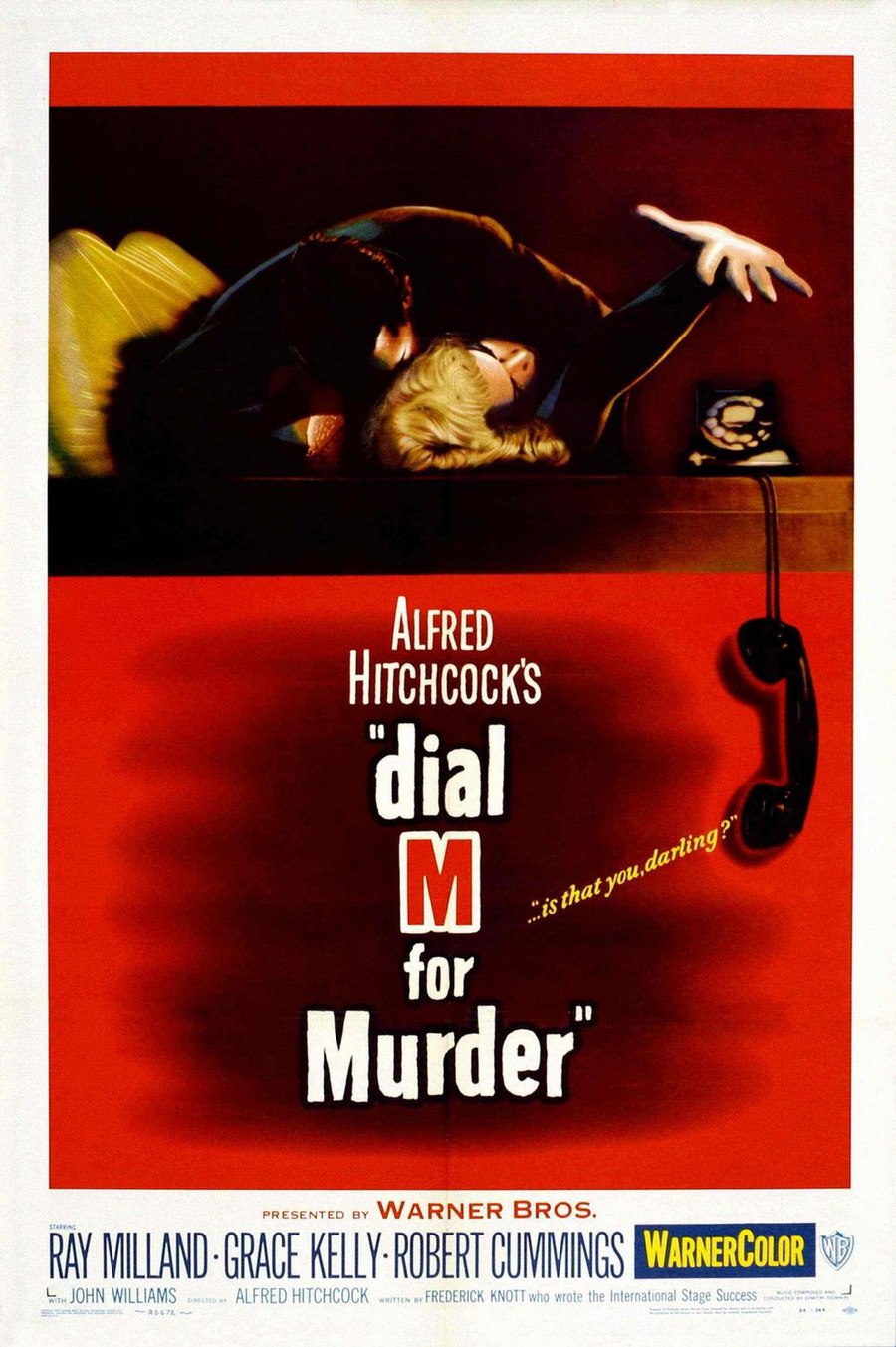 Dial M for Murder is a 1954 American crime mystery film directed by Alfred Hitchcock, starring Ray Milland, Grace Kelly, Robert Cummings, Anthony Dawson, and John Williams. Both the screenplay and the successful stage play on which it was based were written by English playwright Frederick Knott. The play premiered in 1952 on BBC Television, before being performed on stage in the same year in London's West End in June, and then New York's Broadway in October. Originally intended to be shown in dual-strip polarized 3-D, the film played in most theatres in ordinary 2-D due to the loss of interest in the 3-D process (the projection of which was difficult and error-prone) by the time of its release. The film earned an estimated $2.7 million in North American box office sales in 1954.

Tony Wendice (Ray Milland), an English retired champion tennis player, is married to wealthy socialite Margot (Grace Kelly), who has had an affair with American crime-fiction writer Mark Halliday (Robert Cummings). When Tony retires from tennis, he secretly discovers the affair. He decides to murder his unfaithful wife, both for revenge and to ensure that her money will continue to fund his comfortable lifestyle.