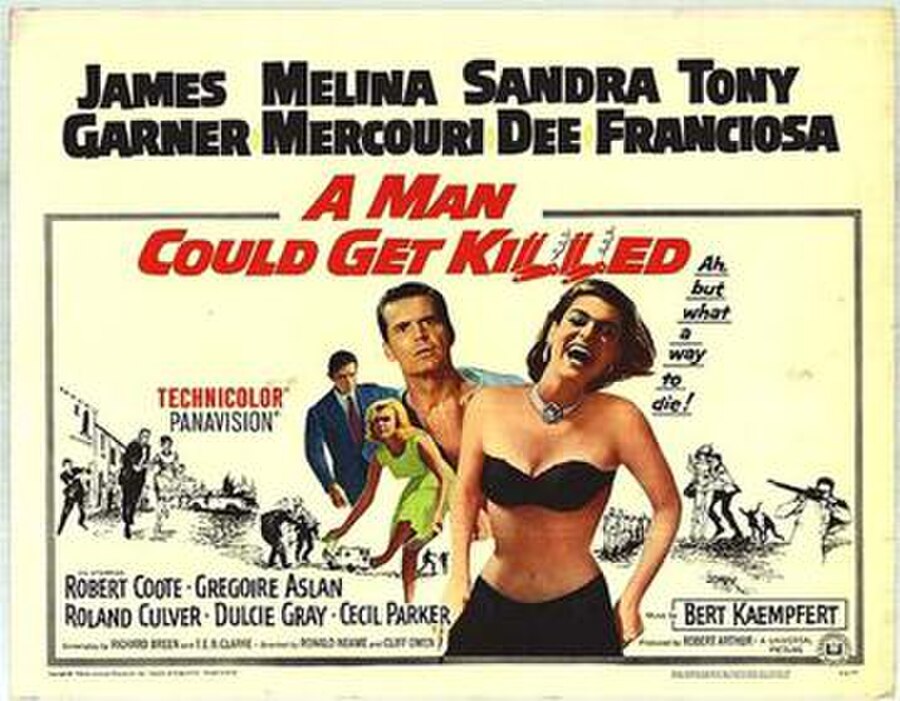 A Man Could Get Killed is a 1966 adventure comedy film directed by Ronald Neame and Cliff Owen, shot on various locations in Portugal and starring James Garner, Melina Mercouri, Sandra Dee, Anthony Franciosa, and Robert Coote. The fourteen-year-old Jenny Agutter worked on the film but did not appear in the final cut.

A search is on for stolen diamonds and a government agent has been killed trying to recover them. When an unsuspecting William Beddoes arrives in Lisbon on behalf of an American bank, he is mistaken for the dead agent's replacement.