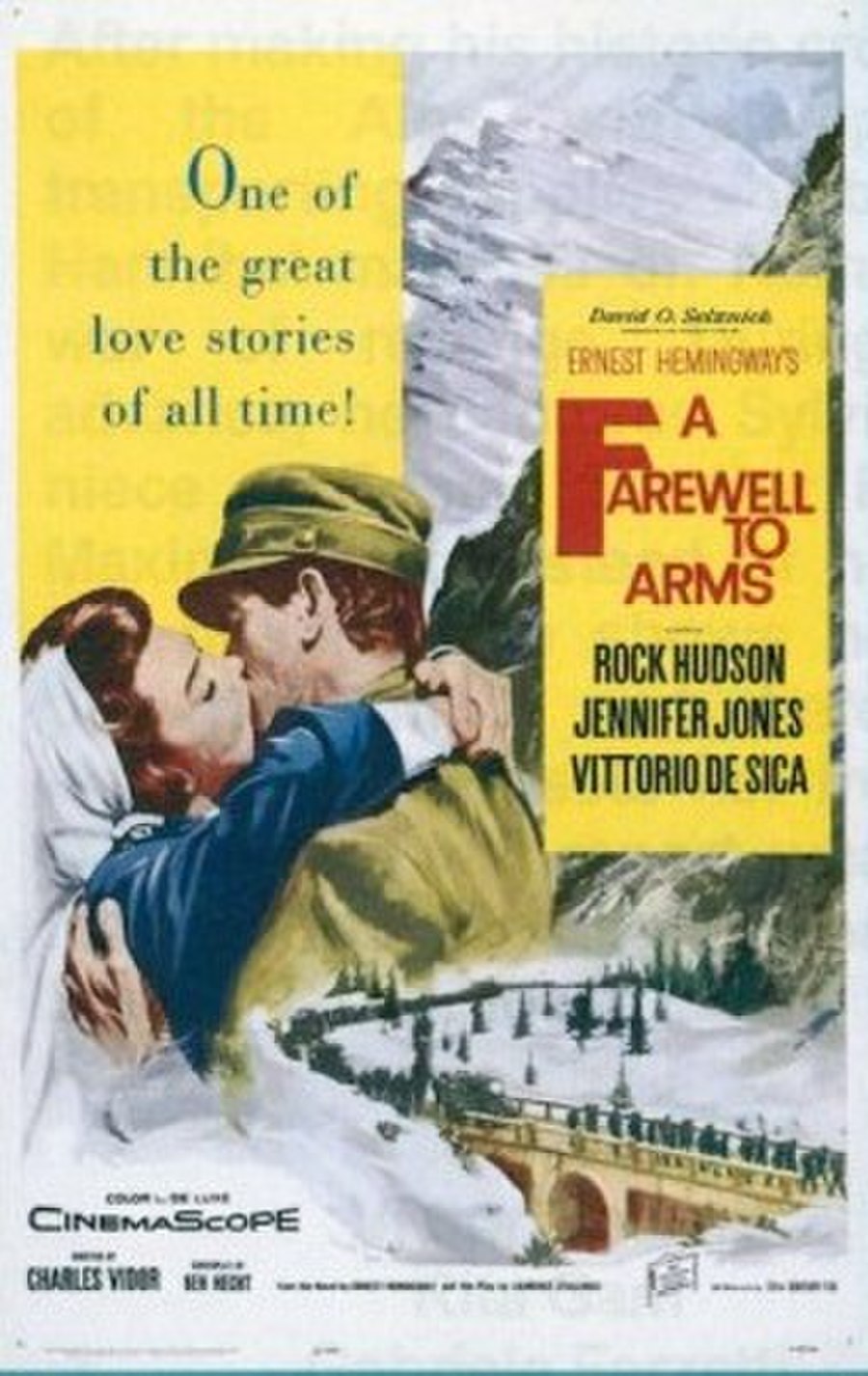 A Farewell to Arms is a 1957 American DeLuxe Color CinemaScope drama film directed by Charles Vidor. The screenplay by Ben Hecht, based in part on a 1930 play by Laurence Stallings, was the second feature film adaptation of Ernest Hemingway's 1929 semi-autobiographical novel of the same name. It was the last film produced by David O. Selznick. The logo for 20th Century Fox also does not appear at the beginning, due to the movie's poor reception.

Frederick Henry (Rock Hudson) is an American officer serving in an ambulance unit for the Italian Army during World War I. While recovering from a wound in a British base hospital in northern Italy, he is cared for by Catherine Barkley (Jennifer Jones), a Queen Alexandra's Royal Army Nursing Corps nurse he had met earlier, near the front, and they engage in an affair. Frederick's friend, the doctor, convinces the army that Frederick's knee is more severely wounded than it actually is and the two continue their romance but never get married.