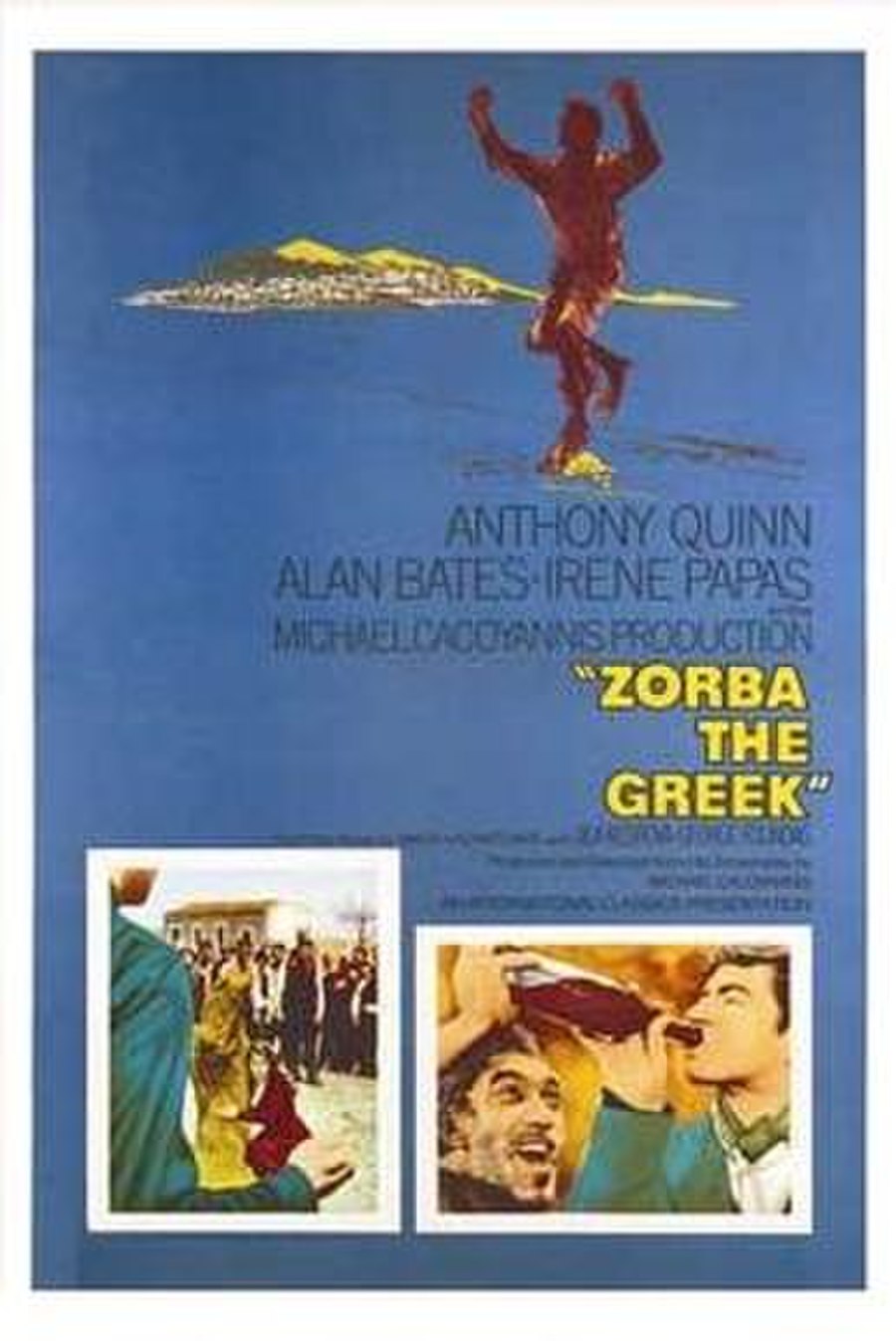 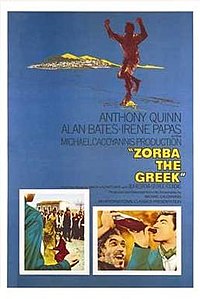 Zorba the Greek (, Alexis Zorbas) is a 1964 Greek-American comedy-drama film written, produced, edited, and directed by Greek Cypriot Michael Cacoyannis and starring Anthony Quinn as the titular character. Based on the 1946 novel The Life And Times Of Alexis Zorba by Nikos Kazantzakis, the film's cast includes Alan Bates, Lila Kedrova, Irene Papas, and Sotiris Moustakas.

Basil is a British-Greek writer raised in Britain who bears the hallmarks of an uptight, middle-class Englishman. He is waiting at the Athens port of Piraeus on mainland Greece to catch a boat to Crete when he meets a gruff, yet enthusiastic Greek-Macedonian peasant and musician named Zorba. Basil explains to Zorba that he is traveling to a rural Cretan village where his father owns some land, with the intention of reopening a lignite mine and perhaps curing his writer's block. Zorba relates his experience with mining and persuades Basil to take him along.