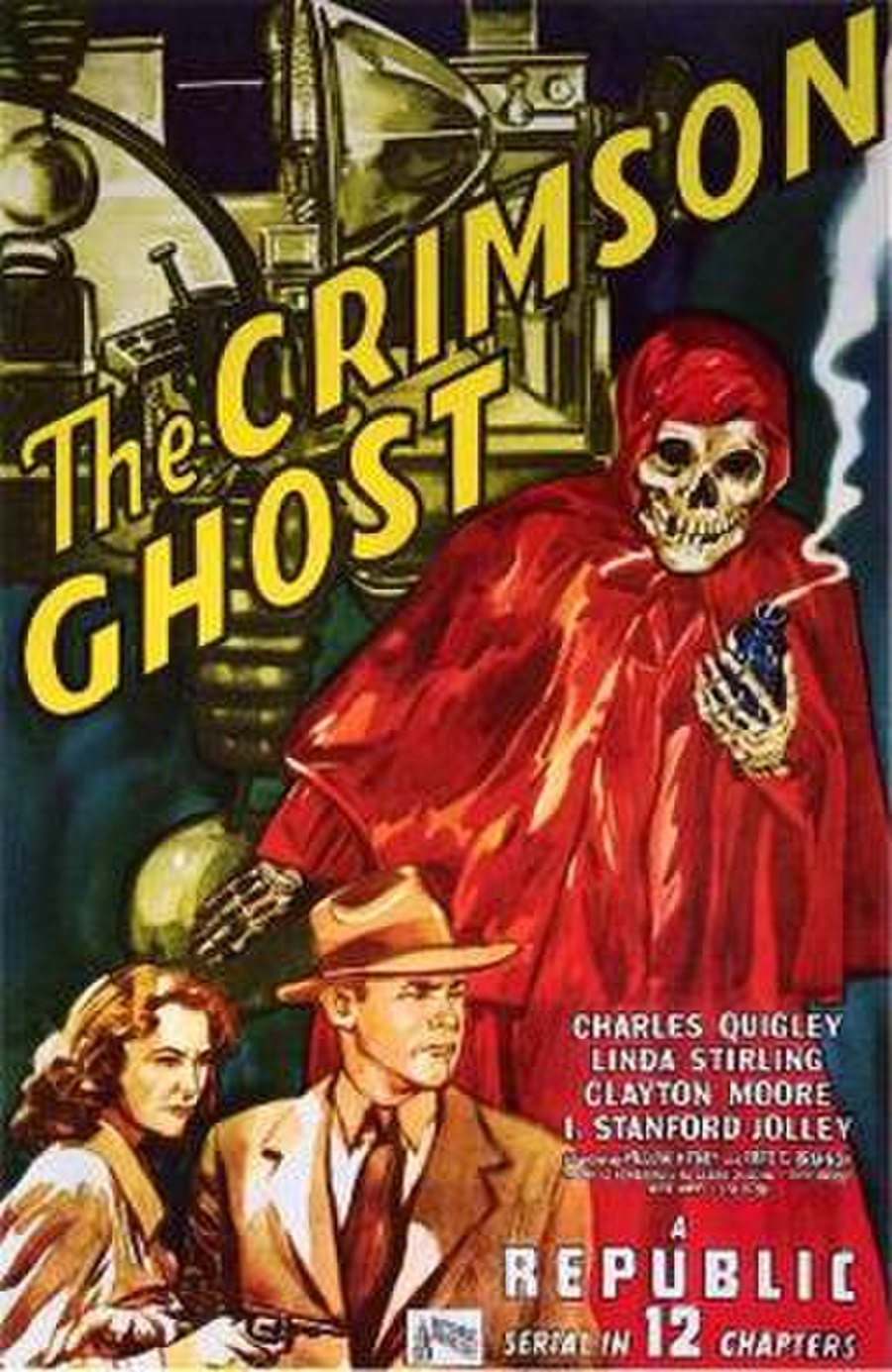 The Crimson Ghost is a 1946 American film serial directed by Fred C. Brannon and William Witney. Produced by Republic Pictures and written by Albert DeMond, Basil Dickey, Jesse Duffy, and Sol Shor, it was the last serial that Witney directed in his career. The serial is divided into twelve chapters, and stars Charles Quigley as Professor Duncan Richards, a criminologist who attempts to thwart the efforts of the eponymous villain, the Crimson Ghost, to steal an invention that can render electrical devices powerless. The serial also stars Linda Stirling, Clayton Moore, and I. Stanford Jolley.

The masked Crimson Ghost is determined to steal the Cyclotrode X, a device designed to repel atomic bomb attacks and that can disable electrical devices. Its inventor, university professor Dr. Chambers, demonstrates its powers at a faculty meeting by having it detect and fell a model airplane. After the meeting, two of the Ghost's henchmen attempt to steal the device, but Chambers destroys it to prevent them from doing so. Criminologist Duncan Richards, a colleague of Chambers, arrives and fights the henchmen. One of them, Ashe, escapes, and the other is killed when a collar around his neck is removed. Chambers informs his fellow professors—Richards, Anderson, Van Wyck, Maxwell, and Parker—that a duplicate Cyclotrode is located in a bonded warehouse.