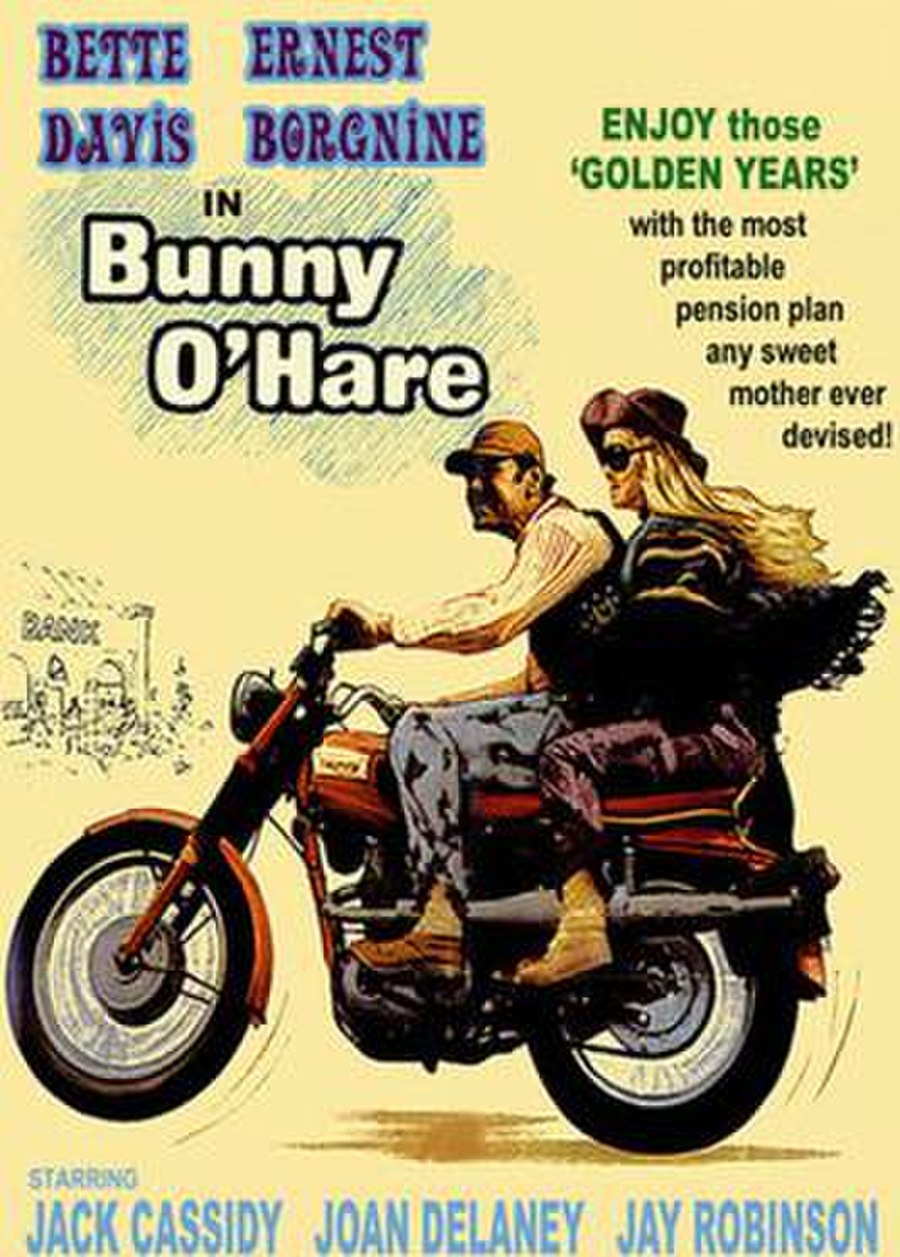 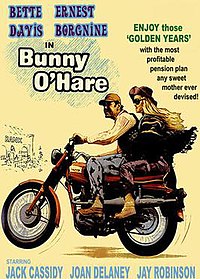 Bunny O'Hare is a 1971 American comedy film directed by Gerd Oswald, starring Bette Davis and Ernest Borgnine. The screenplay by Coslough Johnson and Stanley Z. Cherry focuses on a pair of senior citizens who, disguised as hippies, engage in a crime spree.

The title character, a widow whose savings have been depleted by her selfish, middle-aged children, Lulu and Ad, finds herself homeless when the bank forecloses on her mortgage. She becomes friendly with Bill Green, an aging itinerant salvaging the house's plumbing, who she soon discovers is really fugitive bank robber William Gruenwald. Hoping to recoup her losses from the bank that took her home, Bunny blackmails Bill into teaching her how to rob the institution in exchange for keeping his identity a secret. She wears a long blonde wig, oversized hat, and sunglasses, while he dons a fake beard, leather vest, and bell-bottom pants, and the two pull off the caper and escape on a 250cc Triumph TR25W Trophy motorcycle. Buoyed by their success, Bunny convinces Bill to join her in more heists, and the different modus operandi they use – setting free a canary to distract the guard, setting off smoke bombs – make it difficult for police lieutenant Horace Greeley and criminologist R. J. Hart to profile their suspects.