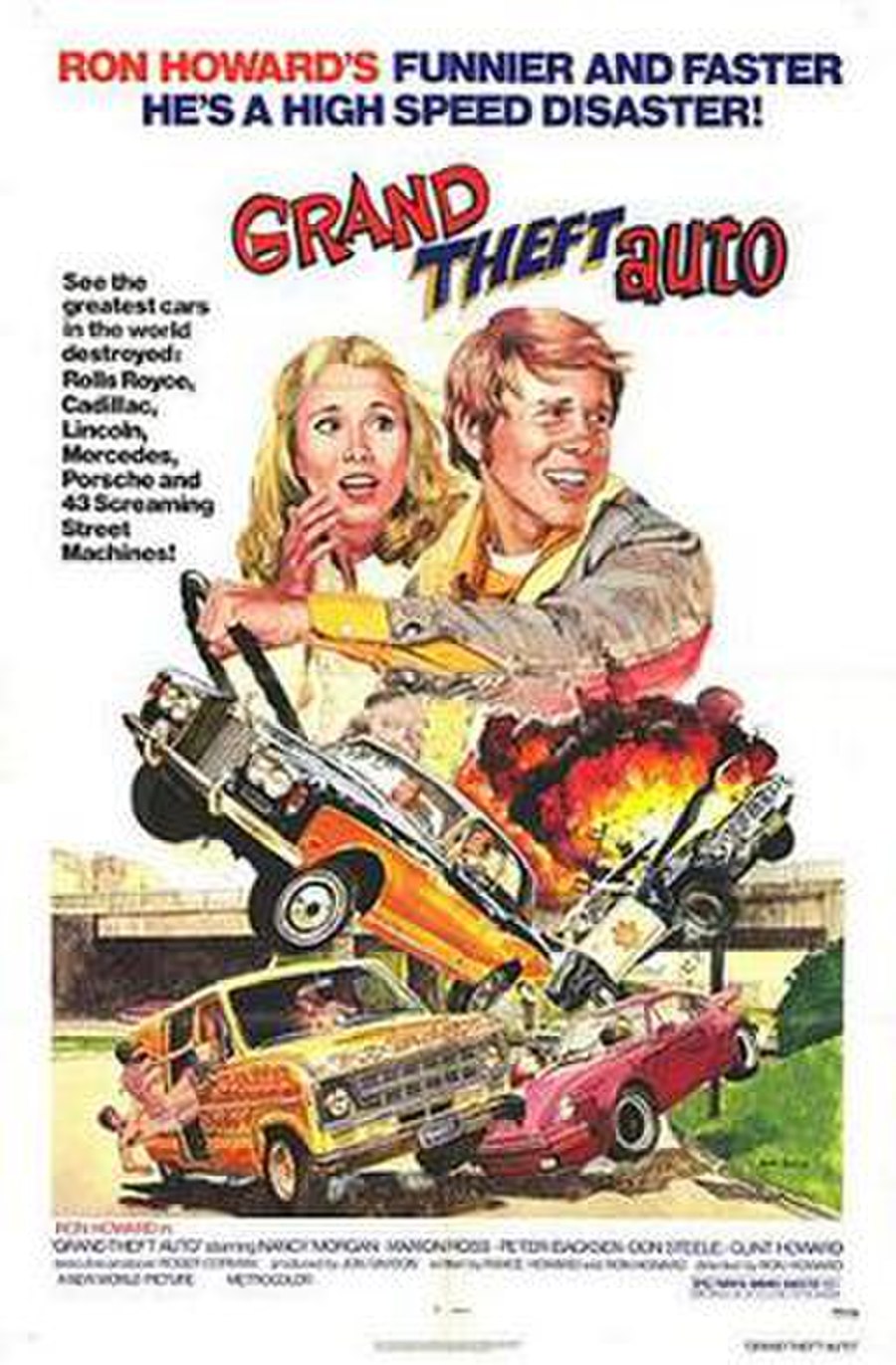 Grand Theft Auto is a 1977 American road action comedy film starring and directed by Ron Howard in his first feature film directorial debut, who also wrote the screenplay with his real life father Rance Howard, who also co-starred in the film. As of 2022, this film marks the only movie in Howard's career that he both directed and starred in. The film takes its title from the crime grand theft auto, which is committed a number of times by several different characters.

In Los Angeles, Paula Powers' (Nancy Morgan) wealthy parents, Bigby (Barry Cahill) and Priscilla Powers (Elizabeth Rogers), want her to marry Collins Hedgeworth (Paul Linke), whom they refer to as her fiance, and also hails from a wealthy family. Paula is really in love with classmate Sam Freeman (Ron Howard), an environmental research major, however, her father dismisses him as a "fortune hunter", which they dispute. Bigby yells at Sam to leave, and while he tries to defend himself, Paula tells him to go wait for her outside. Bigby tells Paula that he is running for governor and wants her to cooperate. However, Paula dismisses Collins as a "flake", and tells her parents that she won't marry him and will elope with Sam to Las Vegas. Bigby threatens to disinherit her and take away her sports car (that she had bought with her own money) if she disobeys him.