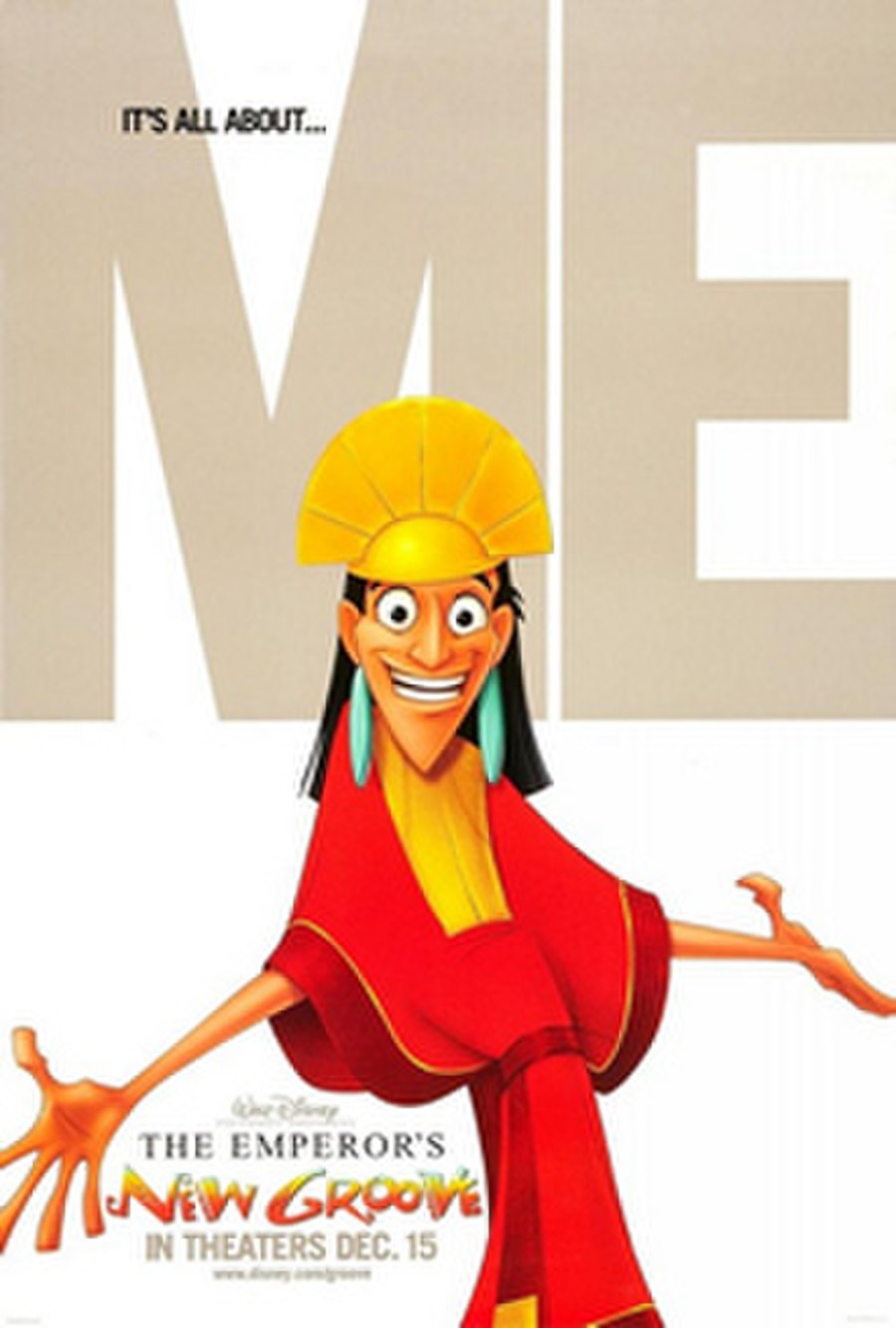 The Emperor's New Groove is a 2000 American animated slapstick comedy film produced by Walt Disney Feature Animation and released by Walt Disney Pictures. The 40th animated film produced by the studio, it was directed by Mark Dindal and produced by Randy Fullmer, from a screenplay by David Reynolds, and a story by Dindal and Chris Williams. The voice cast features David Spade, John Goodman, Eartha Kitt, Patrick Warburton, and Wendie Malick. Inspired by ancient Peruvian culture and set in an Incan empire, The Emperor's New Groove follows young and self-centered Emperor Kuzco (voiced by Spade), who is accidentally transformed into a llama by his ex-advisor, Yzma (Kitt), and her dim-witted henchman and sidekick, Kronk (Warburton). For the emperor to change back into a human, he entrusts a village leader, Pacha (Goodman), to escort him back to the palace before Yzma can track them down and finish him off.

Incan emperor Kuzco is arrogant, entitled, and pampered, has no patience for the needs of others, especially peasants, and abuses his position of power. For his 18th birthday, Kuzco plans to demolish a local village to build a lavish summer mansion - "Kuzcotopia" - against the objections of the village's leader, Pacha. After he fires Yzma, his conniving advisor, she plots to usurp the throne by poisoning Kuzco. Instead, she and her dimwitted but kindhearted assistant Kronk accidentally give him the wrong vial that transforms him into a llama. Yzma orders Kronk to knock Kuzco unconscious, then dispose of him, but a stroke of conscience prevents Kronk from doing the latter.