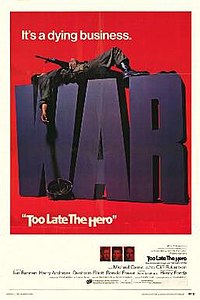 In the 1942 Pacific War theater of World War II, Lieutenant Sam Lawson, USN, is a Japanese-language interpreter who — so far — has avoided combat. His commanding officer, Captain John G. Nolan, unexpectedly cancels his leave and informs Lawson that he is to be assigned to a British infantry commando unit in the New Hebrides Islands for a combat mission.