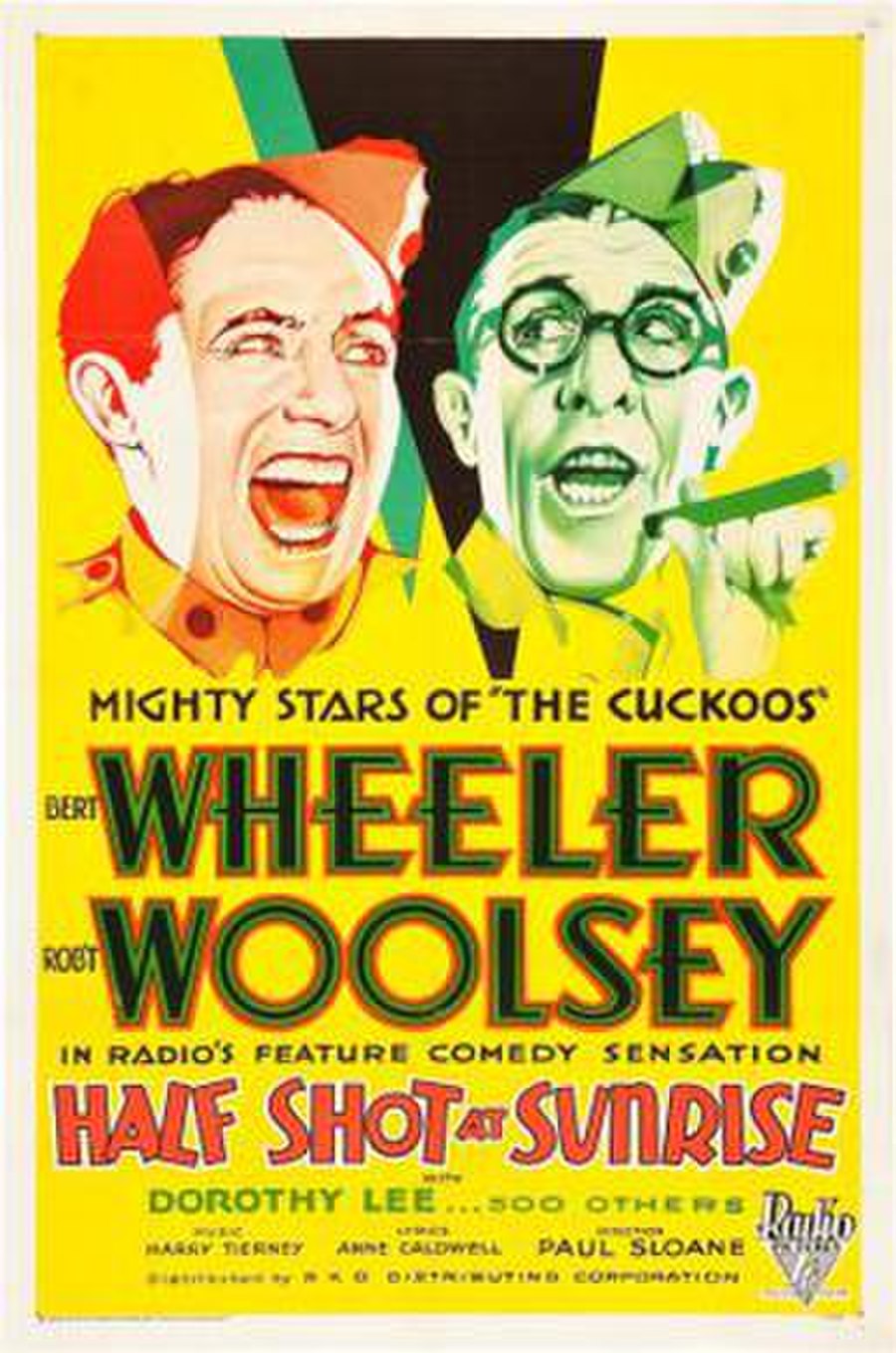 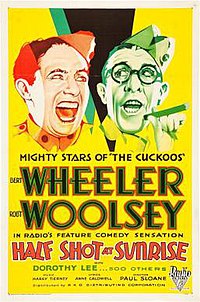 Half Shot at Sunrise is a 1930 American comedy film starring the comedy duo Wheeler & Woolsey and Dorothy Lee. Their fourth film together, it was the second starring vehicle for the two, following the success of The Cuckoos, which had been released earlier in 1930. Directed by Paul Sloane, from a screenplay by Anne Caldwell, James Ashmore Creelman, Ralph Spence, and Fatty Arbuckle, which had been tailored to highlight the comedic talents of Wheeler and Woolsey.

During World War I, two American Doughboys, Tommy Turner and Gilbert Simpson, are more interested in picking up girls than in military duty. In Paris, they go AWOL in order to follow their libertine pursuits. They alternate between impersonating officers in order to impress the ladies, and avoiding being found out by the military police. During their hijinks, the pair accidentally steal the car of Colonel Marshall (their commanding officer), which is how Tommy meets and falls in love with Annette, who unbeknownst to him is Colonel Marshall's younger daughter.