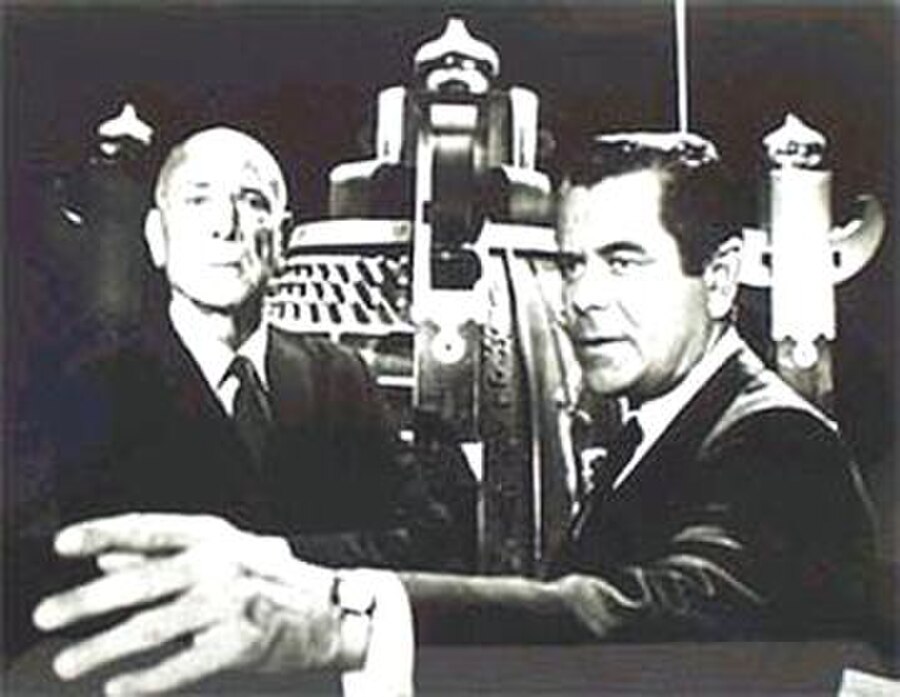 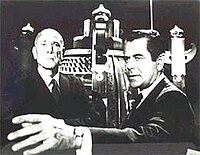 The Brotherhood of the Bell 1970

The Brotherhood of the Bell is a 1970 made-for-television movie produced by Cinema Center 100 Productions and starring Glenn Ford. The director Paul Wendkos was nominated in 1971 by the Directors Guild of America for "outstanding directorial achievement in television". David Karp wrote the screenplay based on his novel that had been previously filmed as a Studio One episode in 1958. This version aired as a "world premiere" CBS Thursday Night Movie.

Professor Andrew Patterson (Glenn Ford) returns to his alma mater, the College of St. George in San Francisco. He is attending the initiation of a new member into a secret society, the Brotherhood of the Bell. The man who initiated Patterson 22 years earlier, financier Chad Harmon (Dean Jagger), is presiding at the ceremony. Harmon gives Patterson an address and instructs him to go there to receive an assignment from the society; Patterson has been selected to prevent Dr. Konstantin Horvathy (Eduard Franz) from accepting a deanship at a college of linguistics. The Brotherhood wants this post for one of their own. Patterson is given dossiers of people who helped Horvathy defect to the United States, and he is to threaten to reveal these to the government of Horvathy's homeland if Horvathy accepts the new post. Against Brotherhood policy, Patterson consults Harmon about the legality and ethics of his assignment. Harmon tells Patterson to do it and be grateful that more is not asked of him.