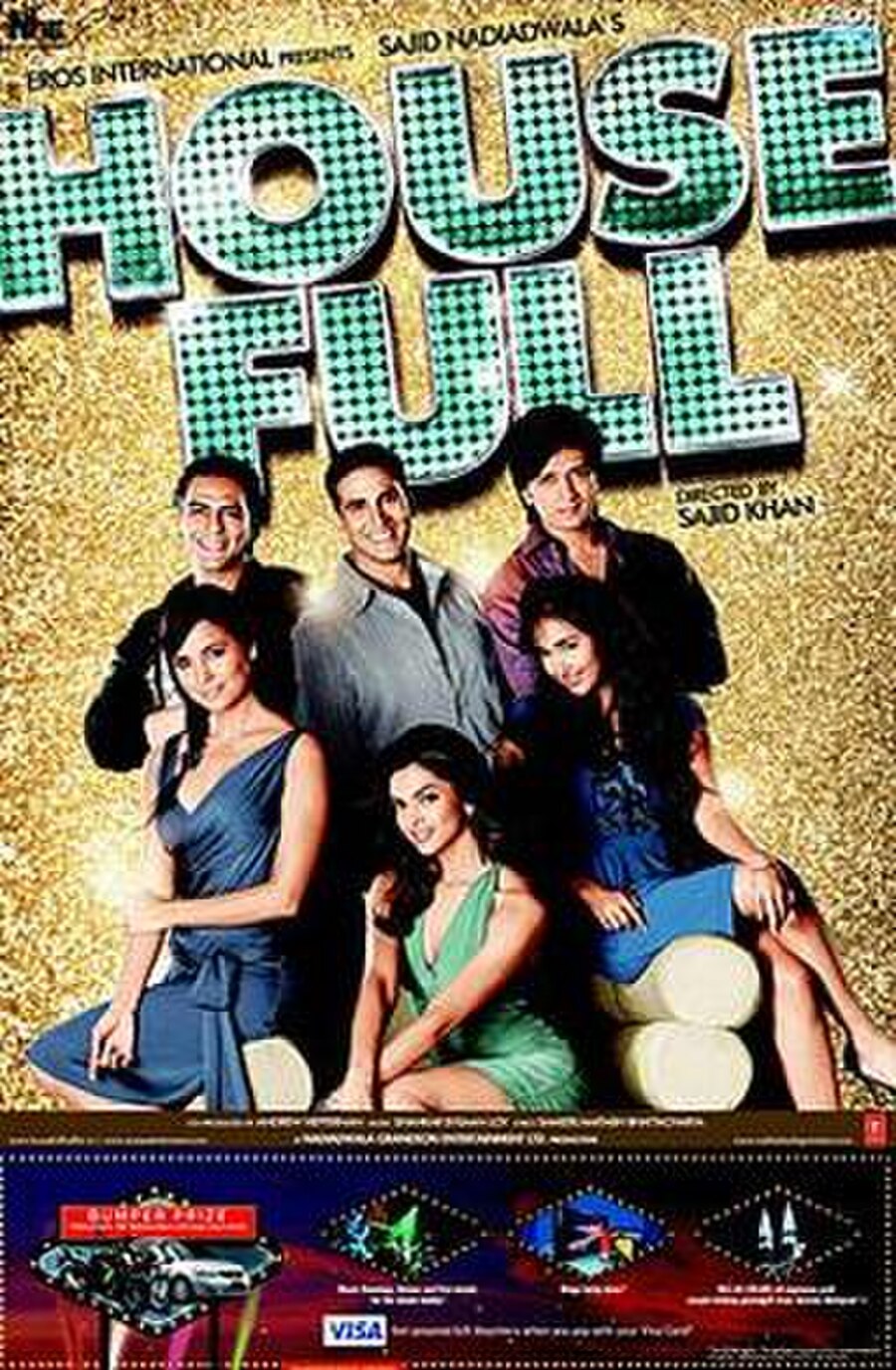 Housefull is a 2010 Indian Hindi-language comedy film directed by Sajid Khan and produced by Sajid Nadiadwala, loosely based on the 1998 Tamil drama Kaathala Kaathala. The dialogues were done by Anvita Dutt, while Nadiadwala wrote the storyline and Rameshwar S. Bhagat served as the editor. It became the first installment of the Housefull franchise.

The story follows Aarush (Akshay Kumar), a 'panauti' (an unlucky person), who works in a casino and gets money as people lose games of poker. After being rejected from getting married by Pooja (Malaika Arora Khan), a girl who he dearly loves, he then gets punched by her elder brother telling him to keep away from her. Aarush goes to London to stay for some time with his best friend, Bob (Riteish Deshmukh) and his wife, Hetal (Lara Dutta), both working at a casino owned by Kishore Samtani (Randhir Kapoor). Although at first Hetal is displeased with Aarush's presence, he proves to be a kind-hearted man looking for a family. Bob and Hetal decide to get him married to their boss' daughter, Devika Samtani (Jiah Khan). After the marriage, on their honeymoon in Italy, Devika leaves him for her longtime American boyfriend Benny. Aarush decides to commit suicide by drowning in the sea but is saved by a Telugu girl, Sandy (Deepika Padukone), who he kisses when she tries to make him breathe by giving him mouth to mouth.