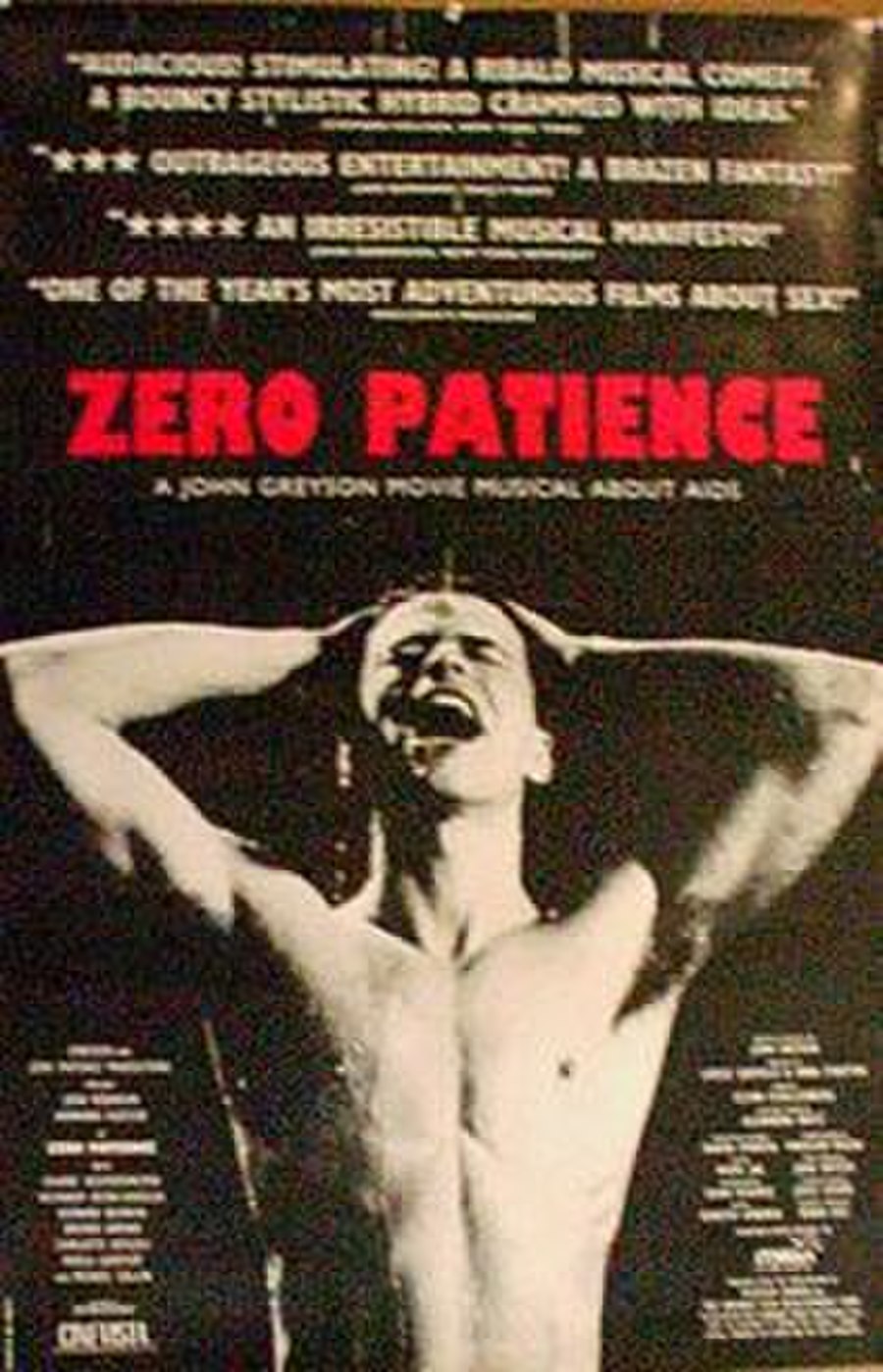 Zero Patience is a 1993 Canadian musical film written and directed by John Greyson. The film examines and refutes the urban legend of the alleged introduction of HIV to North America by a single individual, Gaëtan Dugas. Dugas, better known as Patient Zero, was tagged in the popular imagination with the blame in large measure because of Randy Shilts's history of the early days of the AIDS epidemic, And the Band Played On (1987). The film tells its story against the backdrop of a romance between a time-displaced Sir Richard Francis Burton and the ghost of "Zero" (the character is not identified by Dugas' name).

Victorian adventurer and sexologist Sir Richard Francis Burton (John Robinson), following an "unfortunate encounter" with the Fountain of Youth in 1892, is 170 years old and living in Toronto, Canada. Burton, now living and working as the chief taxidermist at a museum of natural history, is searching for a centerpiece display for an exhibit in his Hall of Contagion. He comes up with the idea of featuring AIDS and the Patient Zero hypothesis. Accepting the popular belief that Zero introduced the virus to North America, Burton sets out to collect video footage from those who knew Zero to support the hypothesis. When Zero's doctor (Brenda Kamino), mother (Charlotte Boisjoli) and former airline colleague Mary (Dianne Heatherington), who is now with ACT UP, all refuse to demonize Zero, Burton manipulates the footage to make it appear as if they do and includes doctored photographs of Zero showing signs of Kaposi's sarcoma. He presents this preliminary version to the press.