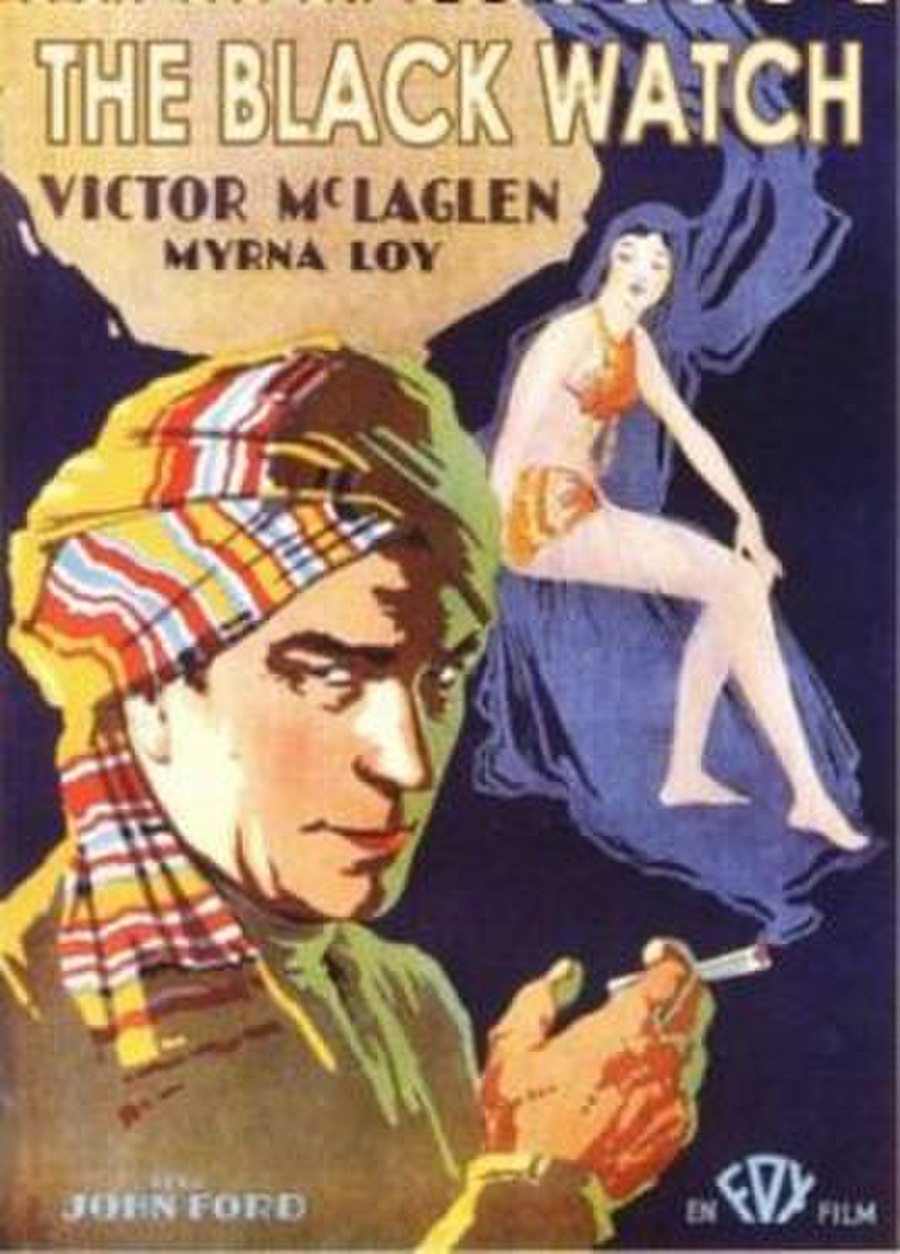 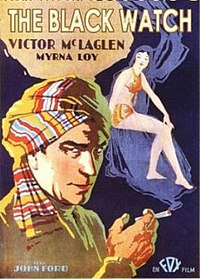 The Black Watch is a 1929 American Pre-Code adventure epic film directed by John Ford and starring Victor McLaglen, Myrna Loy, and David Torrence. Written by James Kevin McGuinness based on the novel King of the Khyber Rifles by Talbot Mundy, the film is about a captain in the British Army's Black Watch regiment assigned to a secret mission in India just as his company is called to France at the outbreak of war. His covert assignment results in his being considered a coward by his fellows, a suspicion confirmed when he becomes involved in a drunken brawl in India that results in the death of another officer. The film features an uncredited 21-year-old John Wayne working as an extra; he also worked in the arts and costume department for the film. This was John Ford's first sound film he directed.