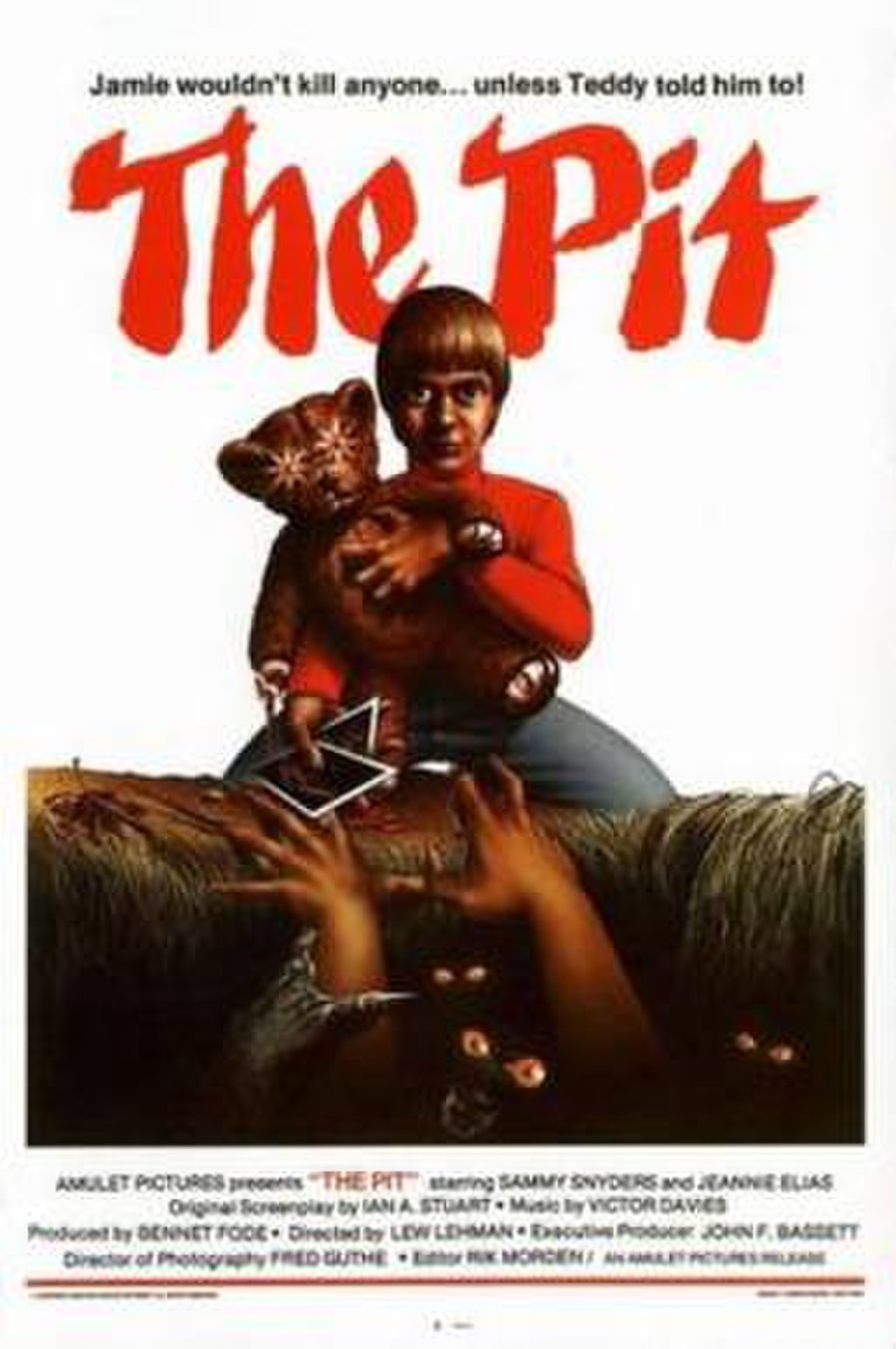 The Pit (also known as Teddy) is a 1981 Canadian horror film starring Sammy Snyders and Jeannie Elias. Although it is a Canadian production, it was actually filmed in Beaver Dam, Wisconsin.

Jamie Benjamin is a misfit 12-year-old boy. He's the whipping boy of his classmates, of the other kids of the city, and of the grandmothers who live in his small town. When he encounters other people, they tease and ridicule him. His only friend is a stuffed bear named Teddy, with whom he regularly holds conversations. The audience hears Teddy's voice as he talks to Jamie.