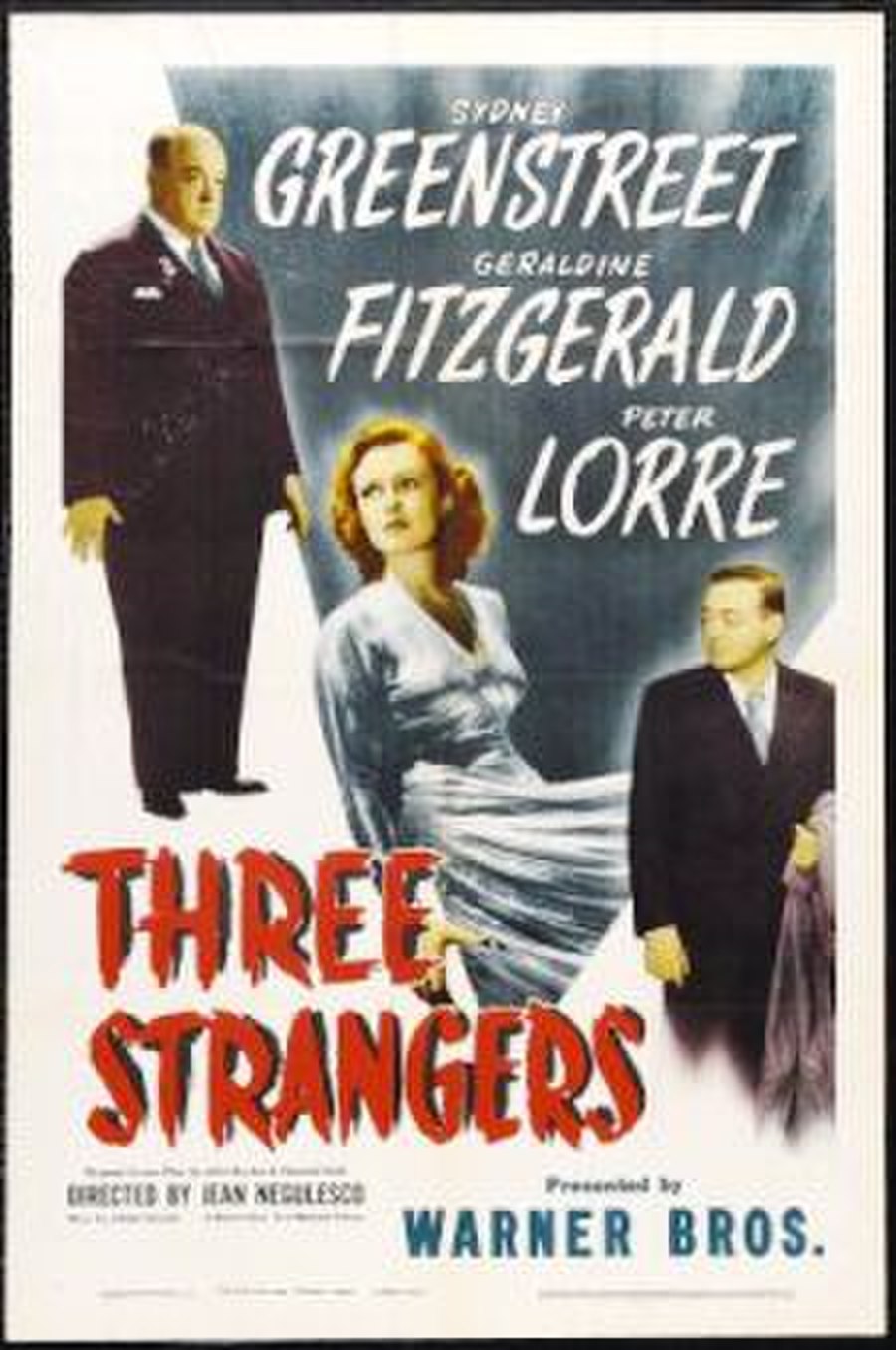 Crystal Shackleford (Geraldine Fitzgerald) lures two strangers, solicitor Jerome K. Arbutny (Sydney Greenstreet) and charming and erudite drunkard Johnny West (Peter Lorre) to her London flat on Chinese New Year in 1938 because of her belief that if three strangers make the same wish to an idol of Kwan Yin, Chinese goddess of fortune and destiny, the wish will be granted. Since money will make their dreams come true, the three go in on a sweepstakes ticket for the Grand National horse race together and agree that they will not sell the ticket if it is chosen, but will hold on to it until the race is run. Shackleford would use the money to try to win her estranged husband back, Arbutny to smooth the way for his selection to the prestigious Barrister's Club, and Johnny to buy a bar and live in it.