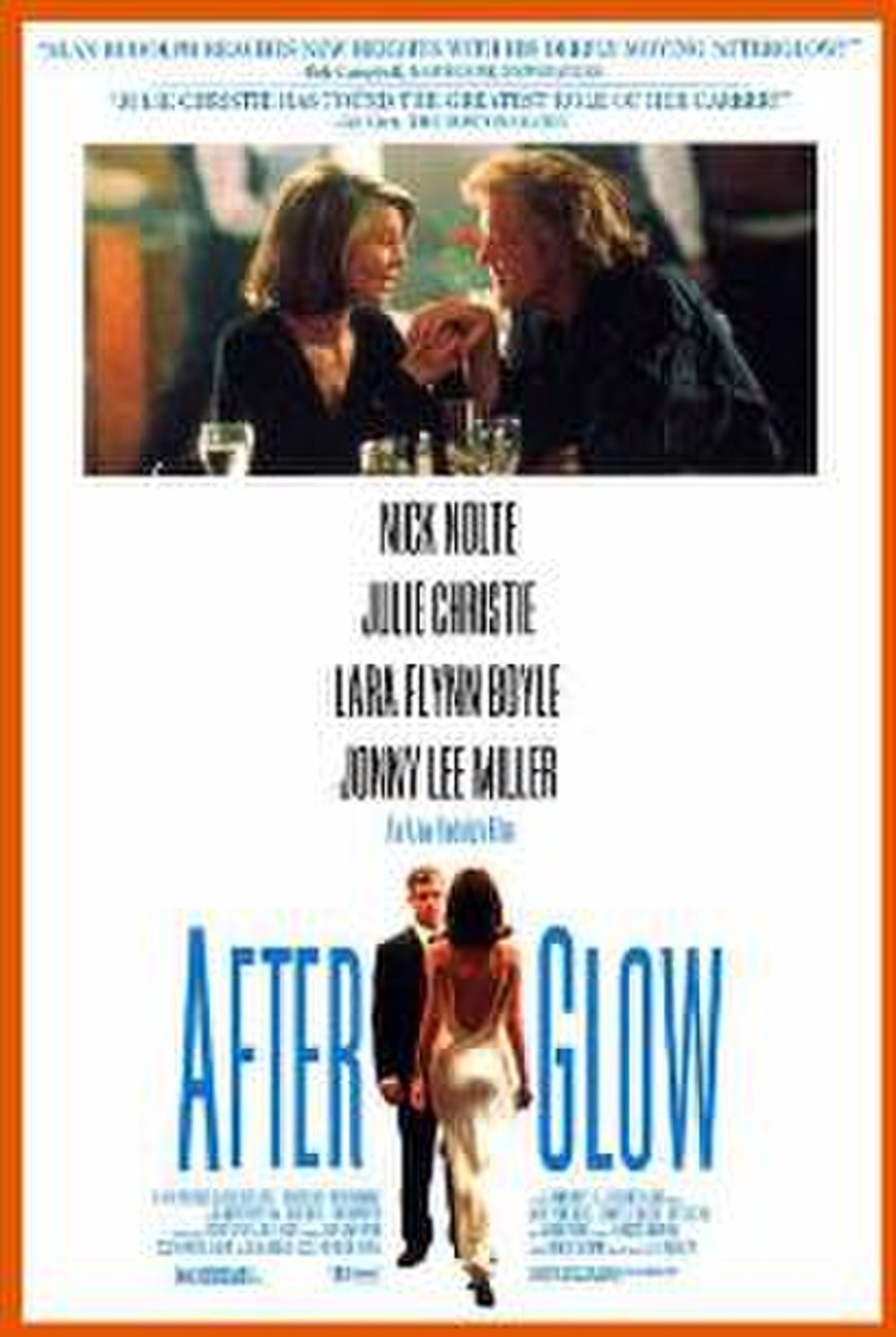 Afterglow is a 1997 comedy-drama film directed and written by Alan Rudolph and starring Nick Nolte, Julie Christie, Lara Flynn Boyle and Jonny Lee Miller. It was produced by Robert Altman and filmed in Montreal.

The lives of two unhappily married couples intertwine in Montreal, Canada. The marriage between Lucky Mann, a contractor and his beautiful British wife, former actress Phyllis Hart, has been in a poor state for years. Their relationship fell apart when Phyllis revealed to Lucky that their daughter Cassie was not his biological child. She had her with an actor while Lucky was in the Navy. Cassie ran away to Montreal and they have not spoken in years. The Manns moved from California to Montreal to find Cassie, but without success. Phyllis is depressed after learning that her daughter's father, actor Jack Dana, recently died. She begins to question her own mortality and goes to see a doctor for a checkup. She also spends her time watching her old films that she starred in with Dana. Phyllis knows Lucky cheats on her with his construction clients, and therefore they have a silent agreement that they will not have sex. Lucky is shown cheating on her with Gloria Marino.