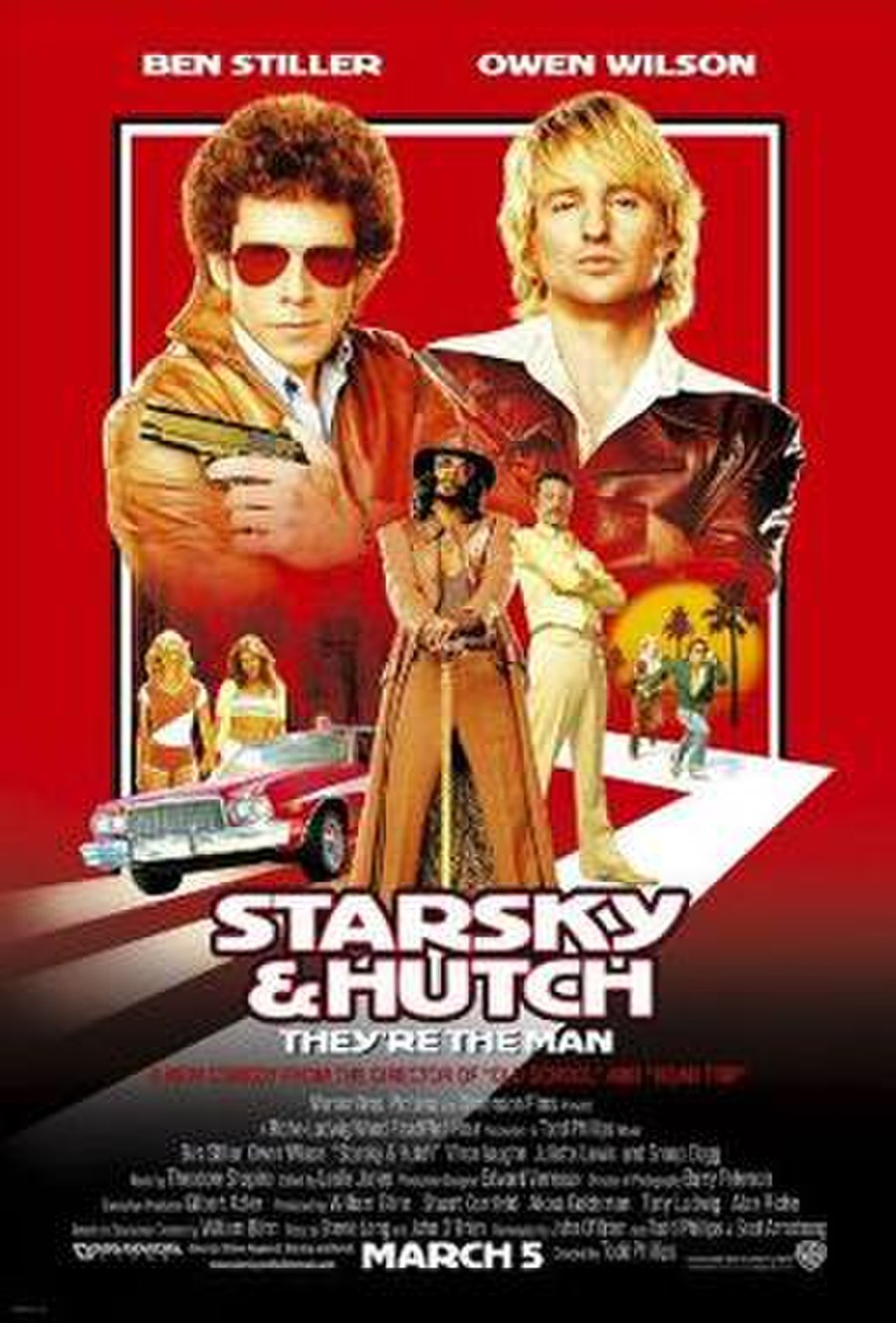 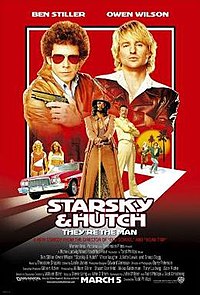 Starsky & Hutch is a 2004 American buddy cop action comedy film directed by Todd Phillips. The film stars Ben Stiller as David Starsky and Owen Wilson as Ken "Hutch" Hutchinson and is a film adaptation of the original television series of the same name from the 1970s.

In 1975, two Bay City Police detectives, the macho David Starsky (who loves his Ford Torino and recklessly pursues minor offenders) and the easy-going Ken "Hutch" Hutchinson (who often works alongside criminals to investigate their activity) are forced to become partners as punishment for recent antics. Meanwhile, Jewish-American drug kingpin Reese Feldman and his right-hand man Kevin Jutsum develop a new type of cocaine that is untraceable in scent and taste. When one of his dealers botches an operation, Feldman kills him.