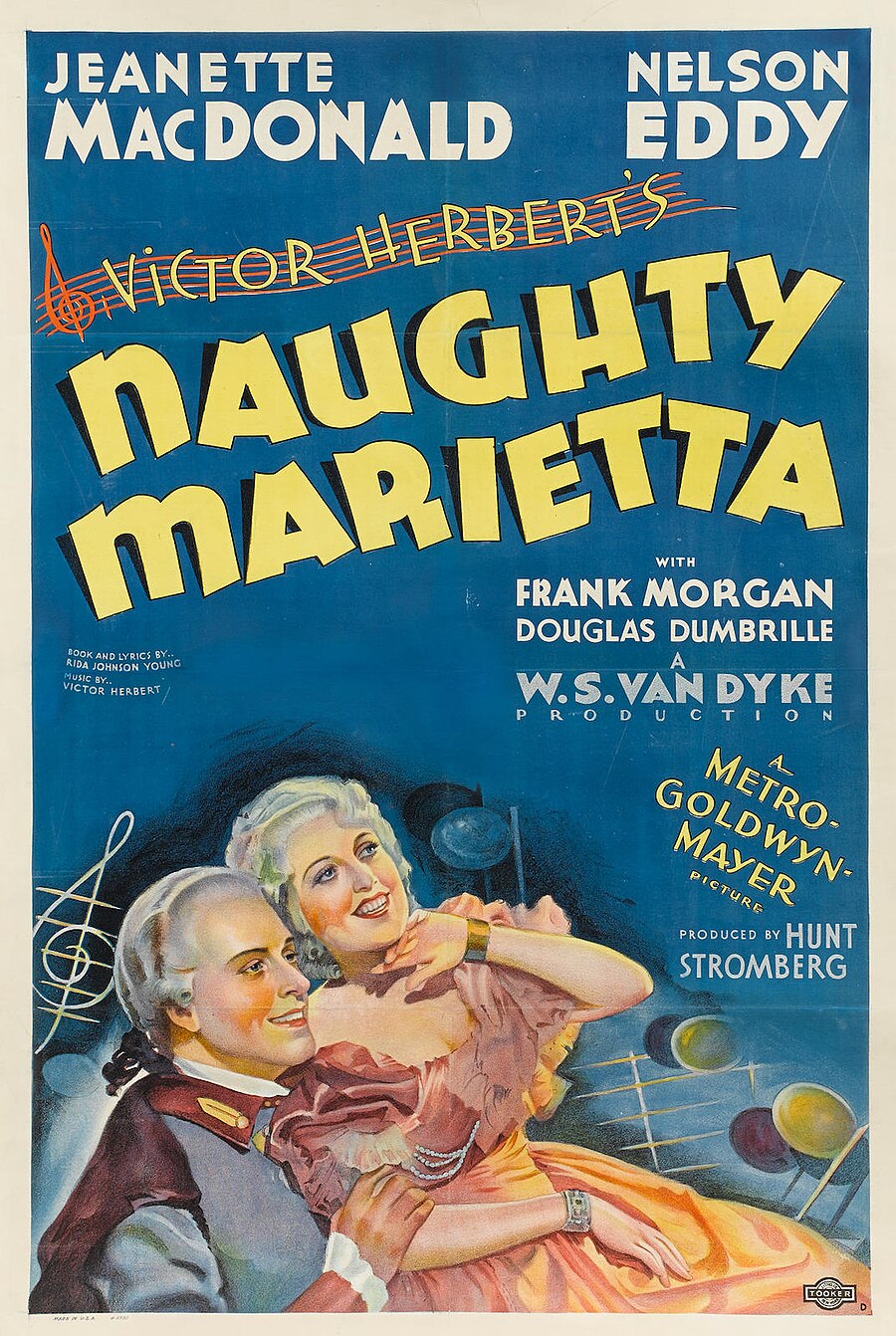 Naughty Marietta is a 1935 American musical romance film based on the 1910 operetta of the same name by Victor Herbert. Jeanette MacDonald stars as a princess who flees an arranged marriage. She sails for New Orleans and is rescued from pirates by Captain Richard Warrington (Nelson Eddy).

To avoid an arranged marriage to Don Carlos, an elderly Spanish duke, Princess Marie masquerades as her uncle's former servant, Marietta, and escapes from France on a ship with casquette girls who are traveling to New Orleans to marry colonists. On board, Marietta befriends Julie.