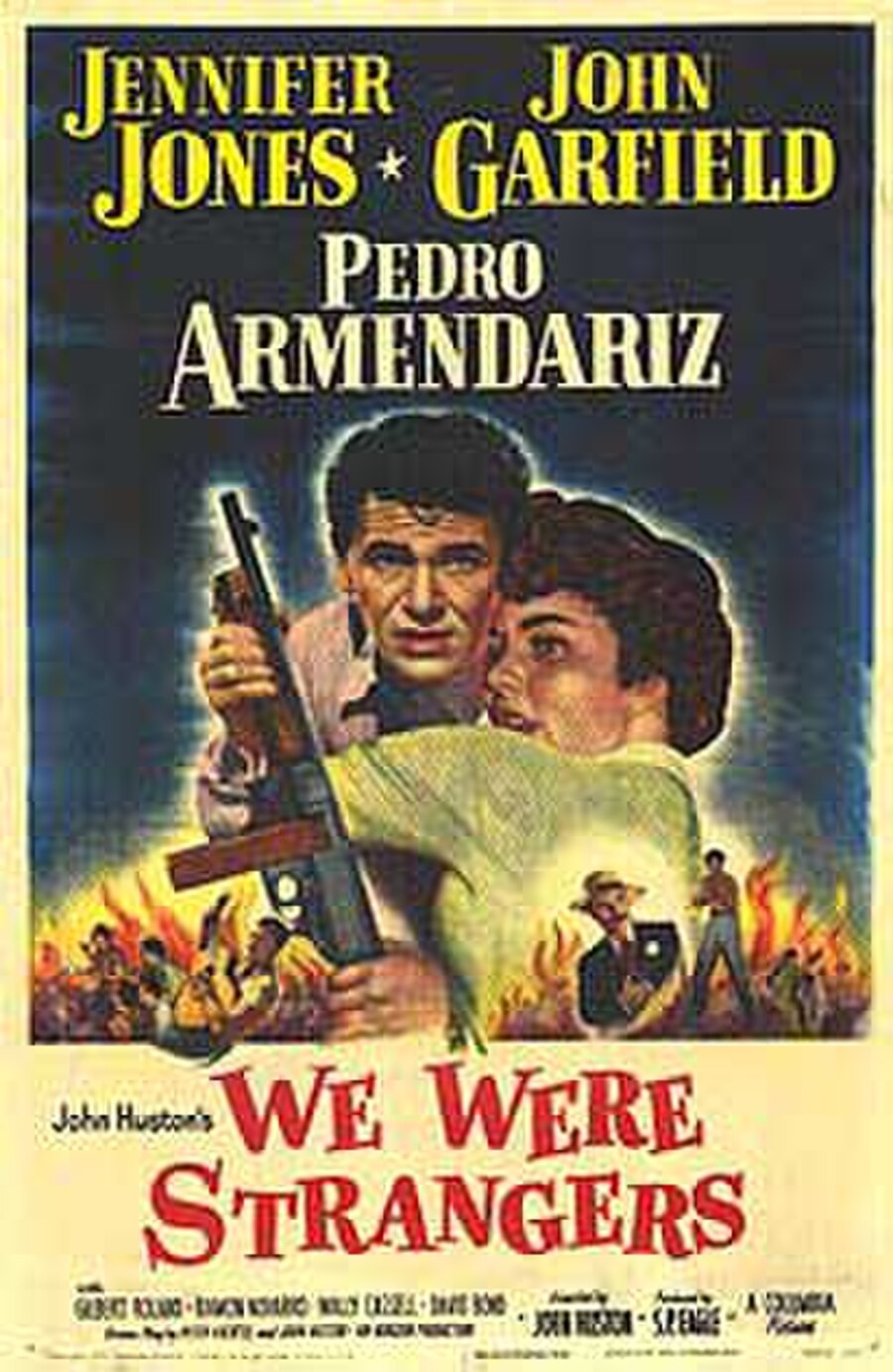 We Were Strangers is a 1949 American adventure drama film directed by John Huston and starring Jennifer Jones and John Garfield. Set in 1933, the film concerns a group of revolutionaries attempting to overthrow the Cuban government of Gerardo Machado. The story is based loosely on an episode in Robert Sylvester's novel Rough Sketch and draws on historical events.

The story draws on events that occurred as part of the political violence that led to the overthrow of Cuban dictator Gerardo Machado y Morales in 1933. In 1932, a violent opposition group, the ABC (abecedarios), assassinated the President of the Cuban Senate Clemente Vazquez Bello. They had constructed a tunnel to reach the Vazquez family crypt in Havana's Colón Cemetery and planted an explosive device there, anticipating that Machado would attend the funeral. The plan failed when the family decided to bury Vazquez elsewhere.