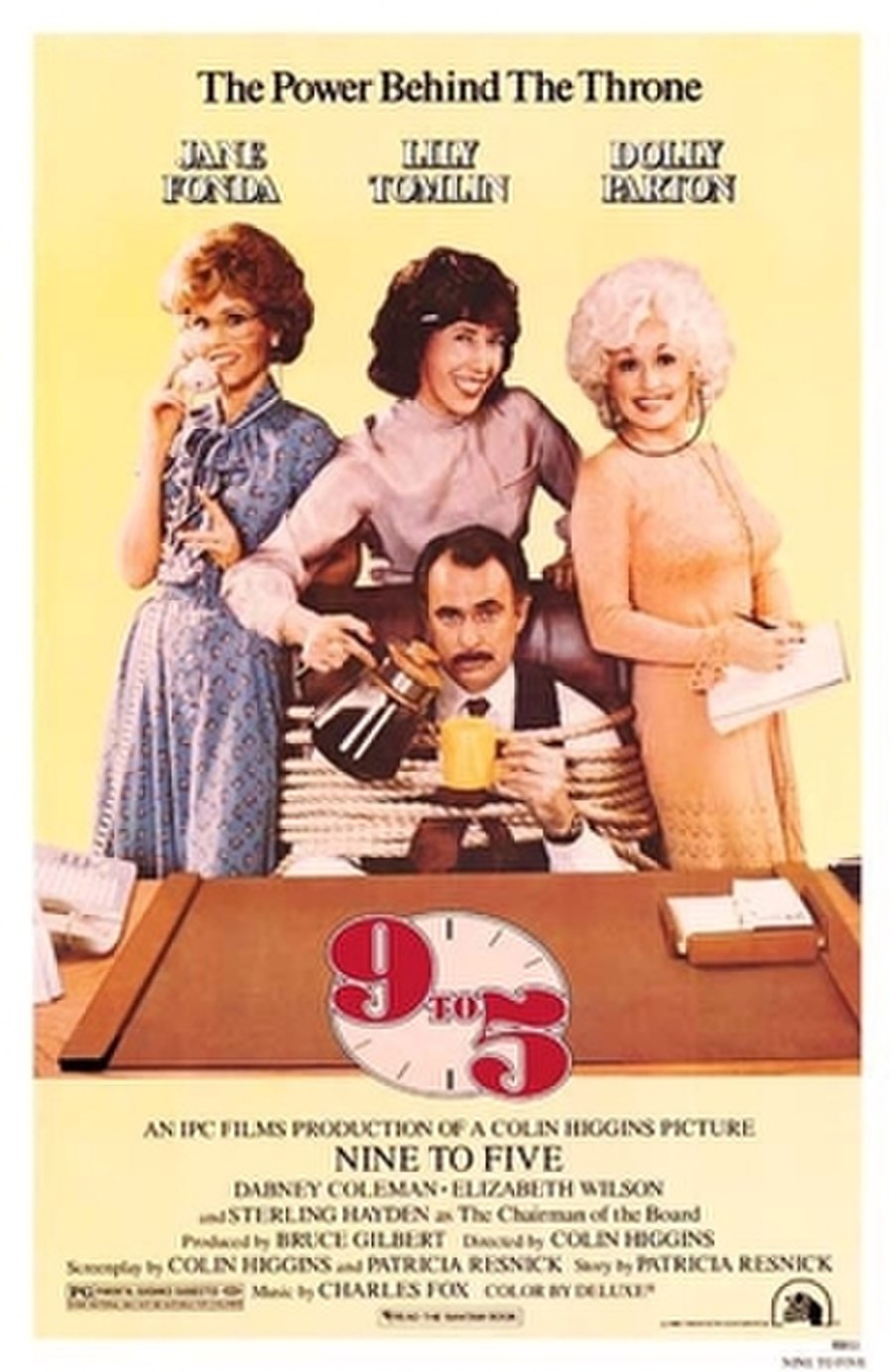 9 to 5 (listed in the opening credits as Nine to Five) is a 1980 American comedy film produced by Bruce Gilbert, story by Patricia Resnick, screenplay by Resnick and Colin Higgins, and directed by Higgins. It stars Jane Fonda, Lily Tomlin, and Dolly Parton as three working women who live out their fantasies of getting even with and overthrowing of the company's autocratic, "sexist, egotistical, lying, hypocritical bigot" boss, played by Dabney Coleman.

Reserved, prudish housewife Judy Bernly (Jane Fonda) is forced to find work after her husband, Dick (Lawrence Pressman), leaves her for his secretary. She is hired as a secretary at Consolidated Companies, under the eye of sharp-tongued senior office supervisor, Violet Newstead (Lily Tomlin). Their narcissistic boss Franklin Hart Jr. (Dabney Coleman) exploits and mistreats his female employees with unfair, sexist remarks, and sexually harasses his personal assistant Doralee Rhodes (Dolly Parton), spreading rumours about an affair that never happened, which causes the other women at the company to dislike and exclude her.