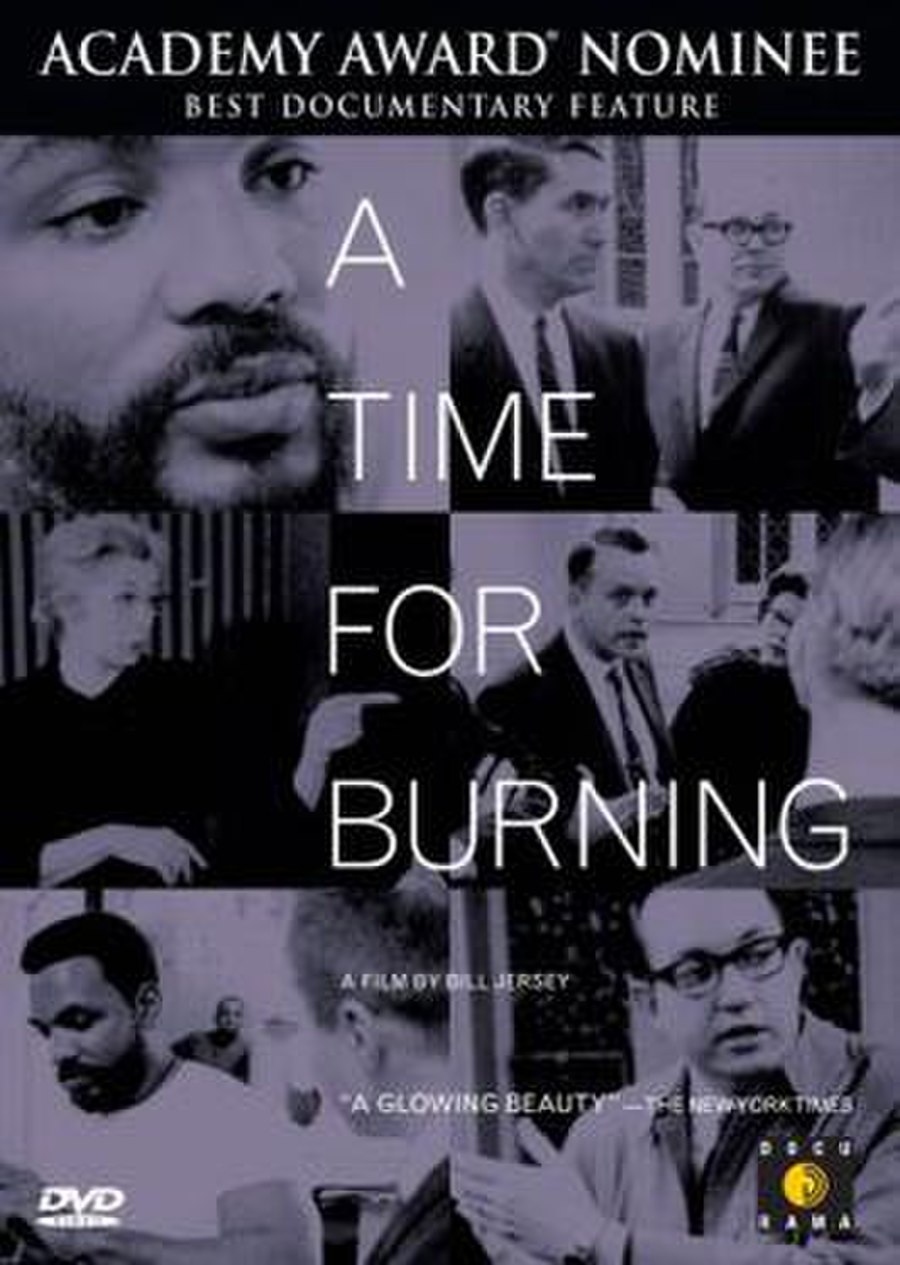 A Time for Burning is a 1966 American documentary film that explores the attempts of the minister of Augustana Lutheran Church in Omaha, Nebraska, to persuade his all-white congregation to reach out to "Negro" Lutherans in the city's north side. The film was directed by San Francisco filmmaker William C. Jersey and was nominated for Best Documentary Feature in the 1967 Academy Awards. The film was commissioned by the Lutheran Church in America.