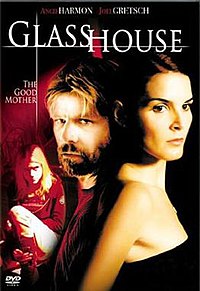 Glass House: The Good Mother is a 2006 direct-to-video film starring Angie Harmon, Jordan Hinson, Joel Gretsch and Bobby Coleman. Although it shares no characters with the 2001 film The Glass House, it was marketed as a thematic sequel.

The film tells the story of Abby (Jordan Hinson) and Ethan Snow (Bobby Coleman), who lose their parents in a tragic accident and are adopted by Eve (Angie Harmon) and Raymond Goode (Joel Gretsch), two seemingly-ideal parents who have recently lost a child of their own, David.