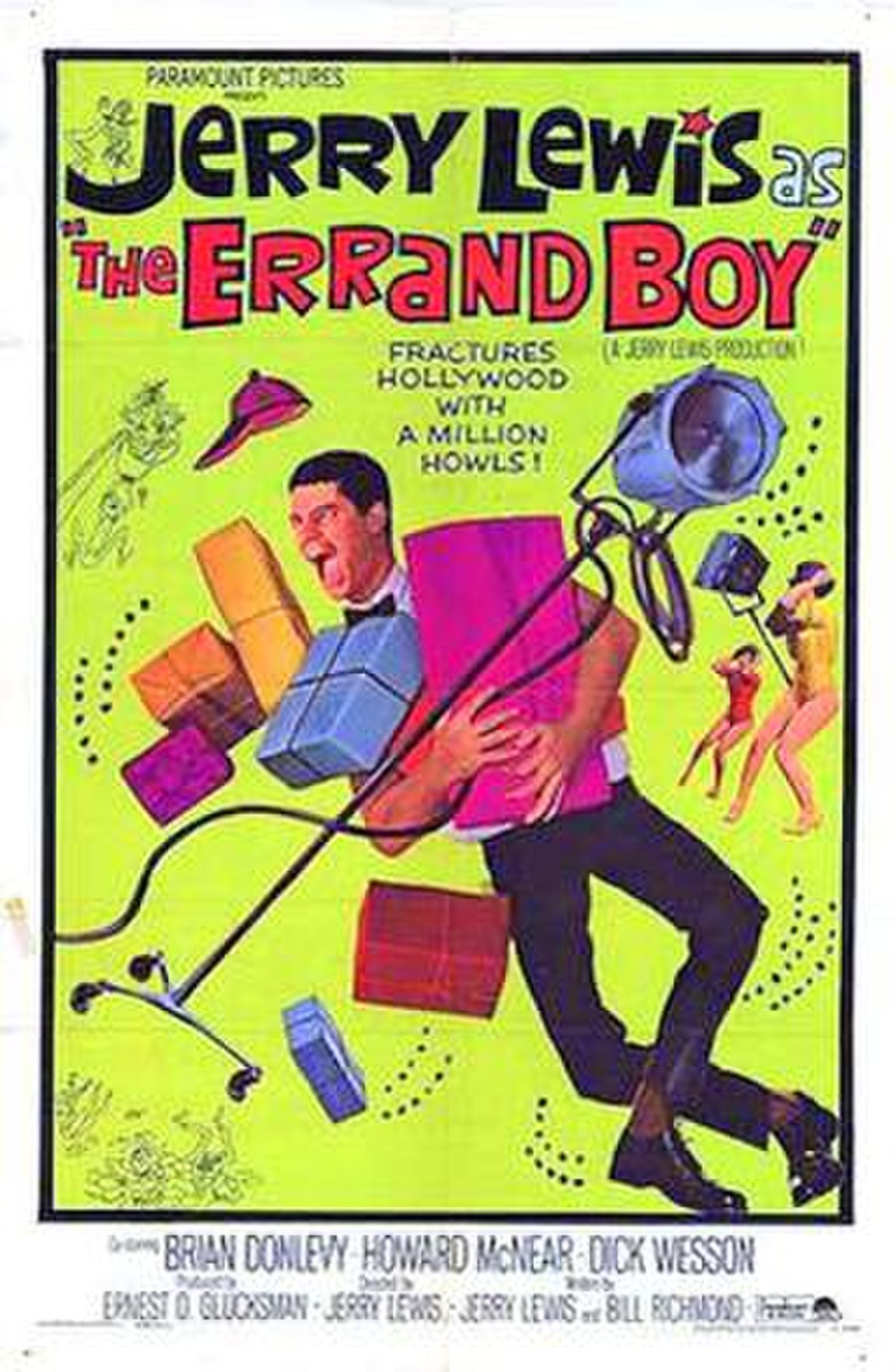 The Errand Boy is a 1961 American comedy film directed by, co-written by and starring Jerry Lewis.

Paramutual Pictures decide that they need a spy to find out the inner workings of their studio. Morty S. Tashman (Jerry Lewis), (the 'S' stands for 'scared'), is a paperhanger who happens to be working right outside their window. They decide that he is the man for the job and hire him on the spot. He bumbles his way through a series of misadventures, reporting everything back to the corporate executives.