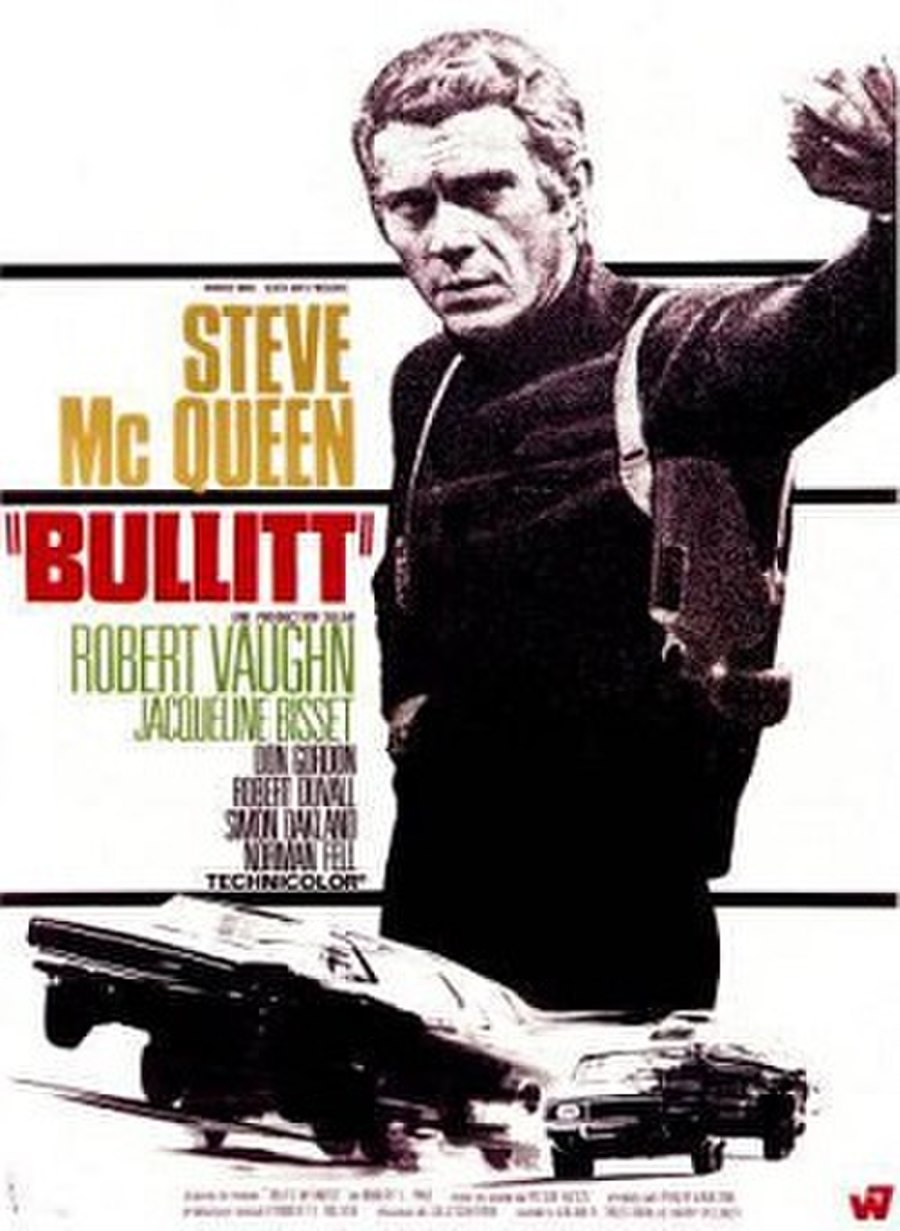 Bullitt is a 1968 American action thriller film directed by Peter Yates and produced by Philip D'Antoni. The picture stars Steve McQueen, Robert Vaughn, and Jacqueline Bisset. The screenplay by Alan R. Trustman and Harry Kleiner was based on the 1963 novel Mute Witness, by Robert L. Fish, writing under the pseudonym Robert L. Pike. Lalo Schifrin wrote the original jazz-inspired score. Robert Duvall has a small role as a cab driver who provides information to McQueen. A 1968 Mustang Fastback used in the film's iconic chase scene, was sold at Mecum Auctions for a record price of $3.7 million on January 10, 2020.

On a Friday night in Chicago, mobster Johnny Ross briefly meets his brother, Pete, after fleeing from the Outfit. The next morning SFPD detective Lieutenant Frank Bullitt and his team, Delgetti and Stanton are tasked by Senator Walter Chalmers with guarding Ross over the weekend, until he can be presented as a witness to a Senate subcommittee hearing on organized crime on Monday morning. The detectives are told he is in a cheap hotel on Embarcadero. Delgetti takes the first shift followed by Stanton and then Bullitt. At 1am Sunday, while Stanton is phoning Bullitt to say Chalmers and a friend want to come up, Ross unchains the room door. Two hitmen burst in shooting Stanton in the leg and Ross in the neck.