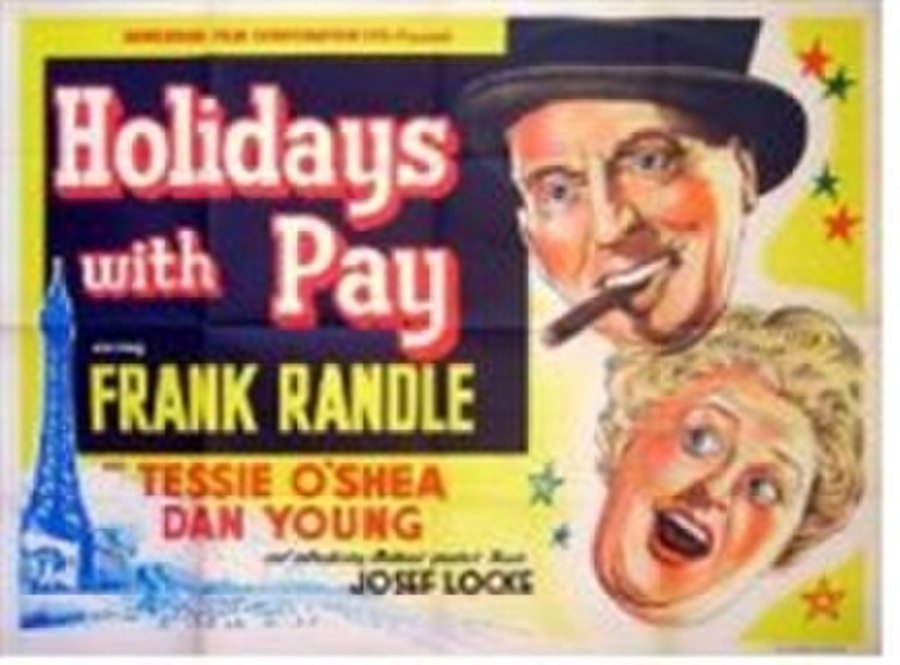 Holidays with Pay is a 1948 British comedy film directed by John E. Blakeley and starring Frank Randle, Tessie O'Shea and Dan Young. The film follows the Rogers family as they go on holiday to Blackpool and enjoy a series of adventures.

The Rogers family visit Blackpool for their annual holidays, and have difficulty finding rooms; but are befriended by a wealthy young man who takes them to stay in his haunted mansion. The family become entangled in a plot by the young man's grasping cousin to murder him for the family inheritance. However, all ends happily with the young man marrying the Rogers eldest daughter, Pamela.